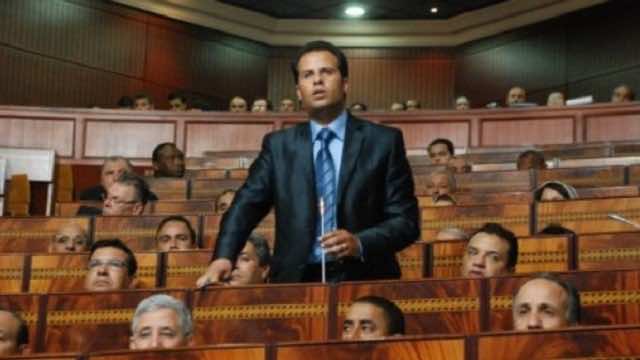 Oussama Tchikitou, the brother of Adil Tchikitou, the MP and member of Istiqlal who controversially refused to attend the previous allegiance ceremony, was arrested today for alleged complicity in robbery, according to news outlet Lakome.

The police allegedly arrested Oussama, 24, after his name was mentioned during the interrogation of suspects accused of stealing bread and sugar from a shop.

According to the same sources, Adil Tchikitou testified that his brother was accused of thievery and membership in a criminal gang.

The MP also affirmed that the act of robbery at question, in which the alleged suspects who mentioned his brother’s name were involved, took place 6 months ago.

Adil Tchikitou told Lakome that this affair has been “fabricated“ to send him “a warning message” for refusing to attend the allegiance ceremony.

The MP had previously posted a statement on his Facebook page justifying his reluctance to attend the royal ceremony:

“I did not attend the allegiance ceremony because I cannot stand seeing people bowing, which is a thing I can’t see myself doing.”

“Given the significant number of people who bow to the king during the ceremony, my attendance will look like an approval of the practice, which is not really my personal stance,” he had further explained.