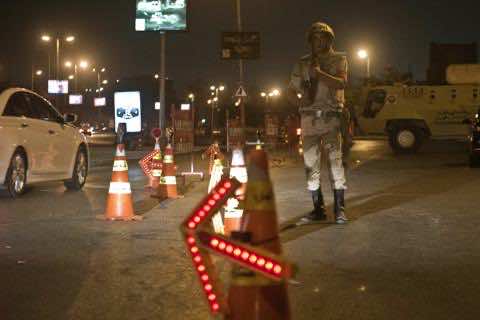 The Philippines on Tuesday ordered the mandatory evacuation of its 6,000 nationals in Egypt after Foreign Secretary Albert del Rosario visited the country to investigate the security situation after days of violent clashes.

Rosario also ordered the deployment of a special team to Cairo to help speed the repatriation of the Filipinos, who he urged to contact their embassy.

“The marked deterioration of peace and order in Egypt, exacerbated by the ongoing political instability and grave security challenges in that country, make working and living there increasingly difficult and dangerous,” his department said in a statement.

Del Rosario visited Egypt early this week in his second trip in the past fortnight to look into the escalating violence,  department spokesman Raul Hernandez said.

While in Cairo he met with a teenaged Filipino-Egyptian girl who was wounded by a stray bullet during clashes in Helwan, south of the capital. He found that she was recovering and in “good spirits”, the department said.

The Philippine government urged voluntary repatriation for its citizens last week but raised the alert due to the rising violence, which has left 900 people dead following a crackdown on the protest camps of supporters of ousted Islamist president Mohamed Morsi.

About 10 million Filipinos, or 10 percent of the population, work abroad as managers, salespeople, seamen, labourers, drivers and domestic helpers, earning larger salaries than they could get in their impoverished home country.

In recent years, the Philippines has had to repatriate its nationals from Syria, Libya and the capital of Yemen due to unrest in those countries.

Del Rosario visited Syria three times in 2012 and Libya four times in 2011 to help Filipinos who wished to escape the conflicts there.