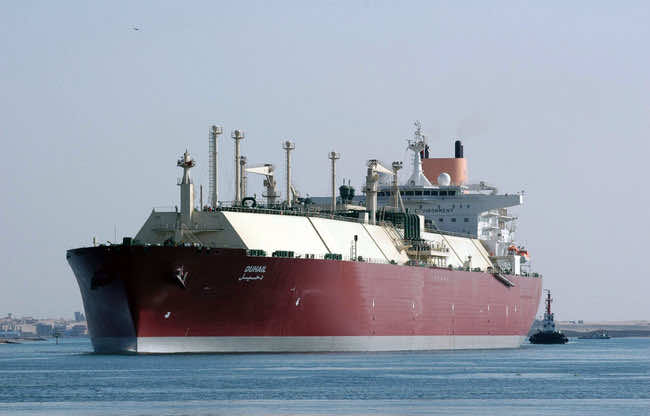 Gas-rich Qatar has dispatched a second shipment of free liquefied gas it had pledged to Egypt, a report said, despite Doha’s criticism of Cairo’s deadly crackdown on Muslim Brotherhood protesters.

The tanker left “to brotherly Egypt on August 9,” QNA state news agency said in a report late on Monday.

The shipments aim to ease the shortage of energy resources in Egypt during the summer, QNA cited an unnamed foreign ministry official as saying.

“Concerned parties are finalising measures to provide the remaining shipments promised as a gift to the brotherly Egyptian people,” the official said.

Qatar in June pledged five shipments of liquefied natural gas as a grant to Egypt, as the Gulf state led donors to the North African nation before the ouster of Islamist president Mohamed Morsi.

Qatar stood out among other Gulf nations in condemning Egypt’s deadly crackdown on Muslim Brotherhood protesters, after the army deposed Morsi on July 3.

But Qatar’s foreign minister Khaled al-Attiyah said on Sunday that his country had never given aid to the Muslim Brotherhood and that its assistance was always pledged to Egypt as a whole.

“Qatar has never given aid to an Egyptian group or an Egyptian political party. The aid has always been provided to Egypt,” he told journalists in Paris after meeting French counterpart Laurent Fabius.

Qatar has pledged an aid package of $5 billion to Egypt, comprising $4 billion in bank deposits and a grant of $1 billion.