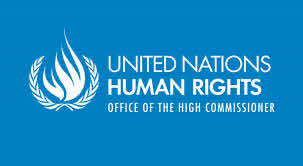 The UN rigAhts office said Tuesday that it was pressing Egyptian authorities to let it deploy monitors in the crisis-wracked country.

Spokeswoman Liz Throssell told reporters that the office was seeking a green light to send “several” human rights observers to assess the situation.

“We’re calling to have human rights officers allowed on the ground in Egypt so they can gather information, they can talk to NGOs, national human rights institutions, draw up reports,” she added.

Last Thursday, UN rights chief Navi Pillay demanded an “independent, impartial and credible” probe into the bloody crackdown by Egypt’s security forces, saying anyone found guilty of wrongdoing should be held to account.

According to Egyptian authorities, hundreds of people were killed in last Wednesday’s assaults on two Cairo protest camps of supporters of ousted Islamist president Mohamed Morsi in the country’s worst violence in decades.

The Muslim Brotherhood has put the death toll at over 2,000.

Throssell said that Egypt’s UN ambassador had held talks with senior human rights officials in Geneva the day Pillay made her appeal, and had informed them that a probe had been launched.

Since then, the UN has also called for an investigation into the deaths of three dozen Islamist detainees in police custody, and condemned a militant ambush of police buses in Egypt’s Sinai Peninsula on Monday that left 25 policemen dead.

“We remain alarmed at the continuing violence in Egypt,” said Throssell of the Office of the High Commissioner for Human Rights.

With hundreds of Muslim Brotherhood members, including senior leaders, caught up in the security forces’ dragnet, Throssell also said Egypt’s treatment of detainees was under watch.

“Everyone deprived of liberty must be treated humanely and afforded all judicial guarantees under international law,” she said.