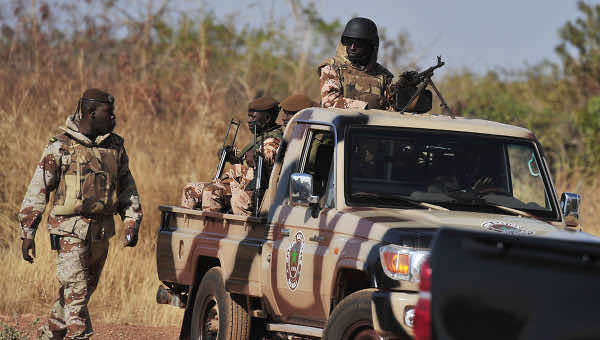 Deadly clashes between Arabs and Tuareg raged on into a second week in an Algerian border town on Tuesday, with another eight people killed, Algerian media reported.

The bloodshed in Bordj Badji Mokhtar stoked fears of a spillover of violence from neighbouring Mali, where a longstanding Tuareg rebellion was overtaken by jihadists, prompting French-led international intervention earlier this year.

The French-language El Watan newspaper said that rival Arab and Tuareg militia had been involved in the fighting rocking the small garrison town in Algeria’s far-flung desert south.

Hospital sources said two people were killed on Monday when a man drove a 4X4 vehicle into a crowd, the paper reported.

Another six people were killed in the town on Sunday. In all, 23 people have died in the week-long violence between members of the Arab Brabiche and Tuareg Idnan tribes.

The government in Algiers, some 2,200 kilometres (1,375 miles) away on the Mediterranean coast, dispatched 1,500 special forces troops to try to restore order.

Representatives of the rival sides had reached agreement on a truce late on Friday but it failed to take effect on the ground.

The fighting caused severe damage to businesses that serve a vast region of surrounding desert and the town is now “completely isolated,” the paper said.

The desert south of Algeria has a significant Tuareg community which straddles the border with neighbouring Mali and Niger.

Al-Qaeda-inspired unrest across the Sahel has stoked tensions between Arabs and Tuareg.