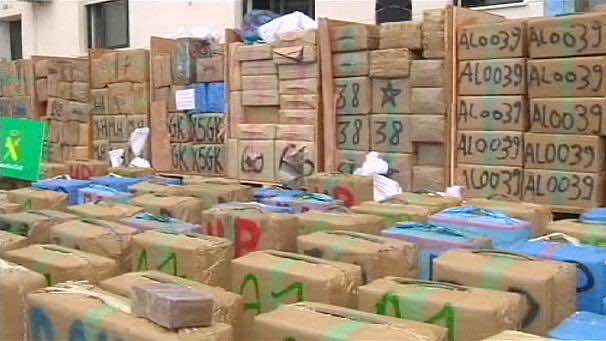 The army has seized more than six tonnes of cannabis in central Algeria, the defence ministry announced on Tuesday, after police found a similar quantity on the Moroccan border.

The army “on Monday evening… seized a large quantity of treated kif (dried cannabis), estimated at 64 quintals (6.4 tonnes), which was hidden in cement bags on a trailer in Hassi R’Mel, in Laghouat province,” the ministry said in a statement.

Also on Monday, border guards seized five tonnes of kif from two vehicles in the western province of Tlemcen, just 50 metres (yards) from the Moroccan frontier, according to Algerian media.

Hashish hauls are a regular occurrence in Algeria, with neighbouring Morocco being one of the top cannabis producers worldwide and Europe’s main source.

The drug is frequently smuggled across the Algerian border, which has been closed since 1994, either for export or for local consumption.

In the first six months of this year, some 40 tonnes of the drug were picked up by the Algerian gendarmerie alone, prompting the government to call for Rabat’s help in combating the illegal cross-border trade.