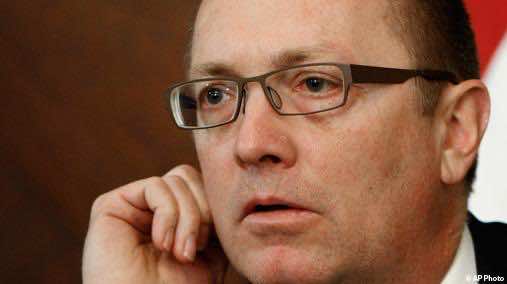 The political affairs chief of the United Nations arrived in Cairo Tuesday for a series of discussions with Egyptian authorities and Muslim Brotherhood leaders.

Jeffrey Feltman is “to hold wide-ranging talks with a focus on how the UN can best support initiatives to restore peace and forge reconciliation in Egypt,” said UN spokesman Martin Nesirky.

Feltman will report his findings to the UN Security Council when he returns from the talks, which are set to last through Friday.

Meanwhile, the Security Council met behind closed doors Tuesday for a monthly meeting to discuss the situation in the Middle East.

Diplomats said that Egypt came up but there was no consensus and a public statement was not issued.

The ambassadors were “very concerned at the sectarian characteristics of the violence and attacks against churches and public buildings” one diplomat said.

After an emergency meeting last Thursday, members of the Security Council urged all parties in the Egyptian crisis to exercise “maximum restraint,” but failed to agree on a formal declaration.