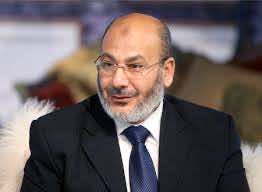 Preacher Safwat Hegazy was arrested close to Egypt’s border with Libya in the west of the country, a military source said.

Hegazy had been on the run after a warrant was issued for his arrest following last month’s ouster of president Mohammed Morsi, a Brotherhood member.

Mourad Ali, a spokesman for the Brotherhood’s Freedom and Justice party, was “arrested at Cairo airport as he tried to leave for Italy,” a security source said.

An airport source said Ali, whose name figured on a no-fly list, had “shaved his beard and was wearing casual clothes.”

In July, authorities issued some 300 detention orders and arrest warrants against members of the Muslim Brotherhood.

Dozens of their members have been rounded up since last week and hundreds killed in the violent dispersal of pro-Morsi protest camps in Cairo.