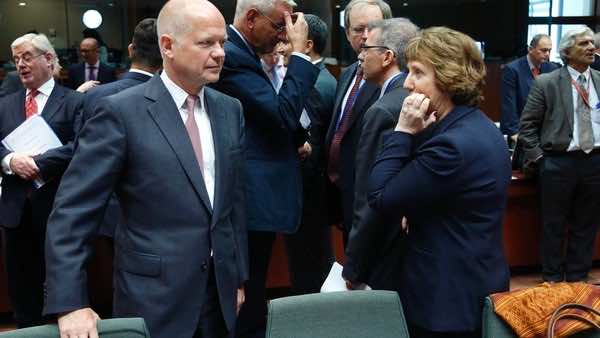 Ministers of the 28-nation bloc holding emergency talks in response to the violence in Egypt also agreed to review aid to the country, she added.

“We strongly condemn all acts of violence and we do believe the recent actions of the military have been disproportionate,” Ashton told a news conference at the close of a four-hour meeting between the ministers.

She said the EU called “on all sides” to halt the violence and urged all sides to come together in an inclusive process to agree a political solution to the country’s crisis.

“All member states feel very strongly they want to continue to support the people of Egypt.”

The ministers had agreed to suspend export licences to Egypt for any equipment which could be used for internal repression and to reassess arms export licences and review their security assistance with Egypt.