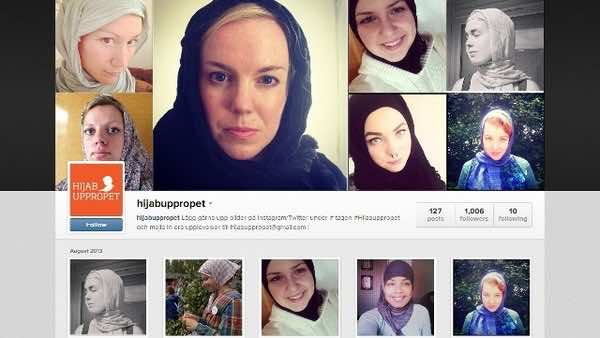 Swedish women posted photos of themselves online in traditional Muslim headscarves this week, in solidarity with a woman apparently attacked for wearing such a head covering, reported the BBC on Thursday.

Using the hashtag #hijabuppropet, which translates to mean “hijab outcry,” a number of women in the country published pictures of themselves on Twitter and other social media websites.

The women taking part in the show of support were from various faiths and included some high profile campaigners; politicians Asa Romson and Veronica Palm as well as TV host Gina Dirawi.

The women said they wanted to draw attention to the “discrimination that affects Muslim women” in Sweden, reported the BBC.

The alleged victim for whom the campaign was launched was taken to hospital after an attacker apparently tore off her head covering and hit her head against a car in a Stockholm suburb on Saturday, her friends told local media.

“We believe that’s reason enough in a country where the number of reported hate crimes against Muslims is on the rise – and where women tie their headscarves extra tight so that it won’t get ripped off – for the prime minister and other politicians to take action to stop the march of fascism,” campaigners wrote in the Aftonbladet newspaper.

In response, Justice Minister Beatrice Ask said that such attacks “must be taken very seriously,” reported the TT news agency.

According to the BBC, the minister is expected to meet the campaigners on Tuesday.