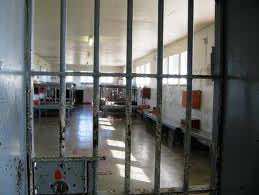 Some 150 Moroccans, including dozens of children, protested outside the justice ministry in Rabat on Thursday demanding the release from prison of Islamist relatives they say are innocent.

“Ten years have passed. How many more?” read one of the placards held up by protesters, who also waved Islamist flags and sang Islamic chants.

Morocco has jailed thousands of Islamists on terror charges over the past decade, most famously after 2003 suicide bombings in Casablanca in which 33 people were killed.

They say more than 120 have been busted in the past 10 years, including as recently as Friday.

But those attending Thursday’s demonstration protested the innocence of their detained relatives, including, Ahmed, 12, whose father was jailed for 20 years in 2003.

“I’ve come here from Tangiers to defend my father. He was arrested simply because he is a good Muslim,” the son told AFP.

Issam Shwiri insisted the majority of Islamists detained in Morocco were innocent.

“They are arrested because they are Muslims. There is no proof of their terrorist activities,” he said.

One of the placards at the protest read: “You freed the rapist, so free our parents to protect us,” referring to a decision by King Mohamed VI three weeks ago to pardon a convicted Spanish paedophile.

The decision sparked angry protests across Morocco and was hastily revoked, but it brought the judicial system under fresh scrutiny, amid growing calls for reform.

The demonstrators also planned to protest outside parliament later.