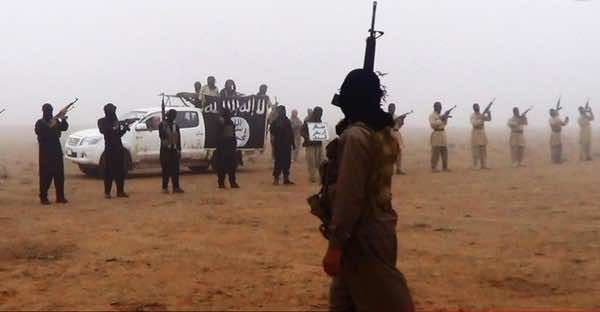 Egypt’s bloody crackdown on the Muslim Brotherhood has been a gift to Al-Qaeda that will help it attract fresh followers and open a new front in the Middle East, experts say.

The repression of the Muslim Brotherhood and the ouster of Islamist president Mohamed Morsi could see a new generation of radicals joining the movement founded by Osama bin Laden, they say.

“There are fears that the bloody crushing of peaceful demonstrations will encourage an Islamist minority — convinced of the futility of the political process — to turn to violence,” said Jean-Pierre Filiu, a Middle East expert at Sciences Po university in Paris.

“The Egyptian military will then have nourished the very terrorism it is claiming to fight.”

Egypt, the most populous Arab country, has already proven fertile ground for radicalism.

Al-Qaeda chief Ayman al-Zawahiri is Egyptian, as was Mohammed Atta, the top hijacker in the September 11, 2001 attacks.

Egyptian authorities have arrested Zawahiri’s brother Mohamed for supporting Morsi, and the Al-Qaeda chief has repeatedly called on supporters to take up arms against the country’s army-installed interim government.

“In Zawahiri’s view, Egyptians should follow the path of Mohammed Atta and resort to terror against the near enemy, the Egyptian army, and the far enemy, America, which has armed and trained Egypt’s military,” Bruce Riedel, a former CIA analyst now at the Brookings Institute, wrote recently.

“The future of global jihad is being defined in Egypt this summer. The next generation of Al-Qaeda is being born,” he said.

Even before the Egyptian security forces broke up two pro-Morsi protest camps in Cairo, unleashing violence that has killed more than 1,000 people in the past week, radical groups were taking to the Internet to call for an armed struggle in Egypt.

On July 5 a new group calling itself “Ansar al-Sharia in Egypt” announced its formation, saying “a war against Islam has been declared in Egypt” and calling on supporters “to prepare by obtaining arms and training.”

Somalia’s Shebab Islamist group has also called on Muslims in Egypt to take up arms.

“O’ Muslim Brotherhood fear Allah!” Shebab wore on its Twitter page this week. “Forget the calls of democracy, pick up arms and defend yourselves against the butchers who are intent on killing you en masse”.

“Both sides are incapable of negotiating,” he said. “They will cede no ground, because ceding ground is a sign of weakness.”

Experts said the restive Sinai peninsula, where Islamist militants have escalated attacks since Morsi’s overthrow on July 3, was the perfect incubator for Al-Qaeda bases.

Bordering Israel and the Gaza Strip, the Sinai has for years been a hotbed of smuggling and militant attacks. This week militants killed 25 policemen, firing rocket-propelled grenades at two buses carrying the police, in the deadliest attack of its kind in years.

“The running of the Sinai as a military zone by military governors has contributed significantly to embedding jihadist networks in the Bedouin tribes,” said Sciences Po’s Filiu.

“The maintaining of the blockade on Gaza is also feeding a mafia-style economy that is benefitting jihadist networks and arms traffickers,” he said.

“And the bloodbath that the Egyptian military has plunged the country into will contribute to feeding the potential jihadist threat in the region.”

Riedel of the Brookings Institute said the Sinai was “an attractive base for Al-Qaeda” because it offered the cover of a remote area and the support of the native Bedouin population, which is “deeply alienated from the army and Cairo”.

“The coup d’etat in Cairo and the bloodshed since then has validated Al-Qaeda’s narrative more powerfully than any event in the last two decades,” he wrote.

“This summer’s events in Cairo will become central points in Al-Qaeda’s narrative for years to come.”