Morocco World News
Home Highlights on Morocco Breaking Down the King’s Speech: A Message of Openness and Reform

Washington- August 20th, 2013 King Mohammed VI delivered a bold speech speaking in unprecedented open and liberal rhetoric.  The overall theme of his message spoke directly to the grievances voiced by the recent mass protests all over the kingdom: what are the government, and the king, doing to create a more inclusive, open, and developed society? 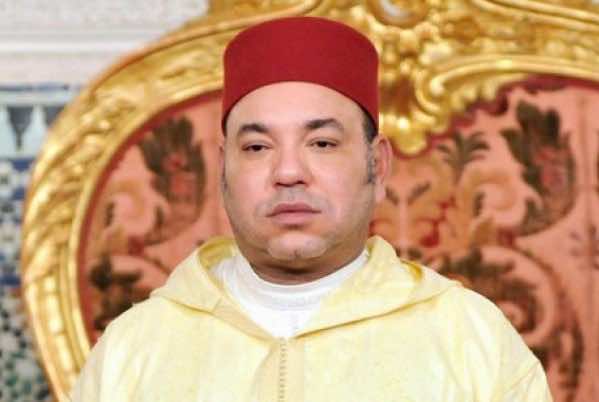 By
Nadia ELBOUBKRI
-
Nadia Elboubkri is a graduate of Temple University where she holds a Bachelor of the Arts in Political Science with a focus on Middle Eastern studies and political economy.
Aug 23, 2013
Spread the love

Washington- August 20th, 2013 King Mohammed VI delivered a bold speech speaking in unprecedented open and liberal rhetoric.  The overall theme of his message spoke directly to the grievances voiced by the recent mass protests all over the kingdom: what are the government, and the king, doing to create a more inclusive, open, and developed society?

In his opening statement the king set the stage for the hopeful message of the remainder of the speech; he remarks that Moroccan citizens are now “involved in another revolution, which [the king is] spearheading with a view to developing human resources, achieving economic and social progress and promoting a dignified life for [Moroccan] citizens…this is an ongoing revolution which requires collective, wide-ranging mobilization as well as active involvement in development projects so that [Moroccans] may rise to current and future challenges and fulfill the legitimate aspirations of Moroccan citizens.” The king’s words are in acknowledgement of the protests sparked by the recent scandals surrounding the unintentional pardoning of a convicted child rapist in Morocco, and the effort and determination that the protesters asserted into making their voices heard. However, the question at hand is whether or not there is a sincere agenda behind the king’s words, or if the speech is a way of placating the masses to prevent further remonstration.

In his speech, the king addressed a few major areas of concern in Morocco—1) the struggle of the youth population; 2) Morocco’s poor education system; 3) lack of government transparency. Reading between the lines of the king’s words will lend further insight to what to expect in the future.

Moroccan youth are plagued with high unemployment rates, a large gap between rural and urban job opportunities, limited educational resources, and a lack of fair representation in the government.  The king has a plan to remedy the youth’s afflictions, starting with asking the question on everyone’s minds: “Why is it that so many of our young people cannot fulfill their legitimate professional, material and social aspirations?” His solution is simple: repair and develop Morocco’s education system in order to strengthen the Moroccan job market.

Emphasis is put on linguistic training, and specialized training in vocational, handicraft, and technical fields.  The king stresses the importance of cooperation between the government and the people in this process—the government can implement reforms and make the necessary changes, and in response, Moroccans must use their newfound resources and opportunities to build and develop the educational system and the job market and master foreign languages. “[Educated Moroccans] would thus expand their knowledge base, refine their skills and gain the competence needed to be able to work in Morocco’s new professions and areas of employment, in which there is a significant shortage of skilled workers.”

Upon his acknowledgement of Morocco’s need for a ground-up change of the education system, the king briefly evaluated the muddled party politics that often impede productive human development. He stated, “The education sector should…not be included in the sphere of purely political matters, nor should its management be subjected to outbidding tactics or party politics. Rather, it should be part of a cultural, economic and social approach aimed at training and preparing human resources who can be incorporated into a dynamic development process, through an efficient education system.” The message is hopeful, but are the king’s words falling on deaf ears? In the midst of frequent tiffs between the ruling party PJD and its opposition, government reform is often slow-moving and government transparency is more opaque than clear.

What we can take away from the king’s speech is that the king is opening up a new debate in Morocco, one that is seemingly inclusive of typically marginalized sectors of society.  He, rightfully, believes that Moroccans need a “broad-based, constructive debate on all the major issues of concern to the nation, in order to achieve the tangible results Moroccans are looking forward to. What we do not need are sterile, disgraceful disputes which lead nowhere, except to settling scores, defamation and calumny. Such disputes only make problems more complex, instead of solving them.”

The first step to recovery is admitting there is a problem in the first place—Moroccan citizens took to the streets to make sure their voices were heard and that the government was acknowledging the serious problems that Moroccans were facing on a day-to-day basis.  The king heard the demands of the people, and the future will confirm if his words had the impact he intended.