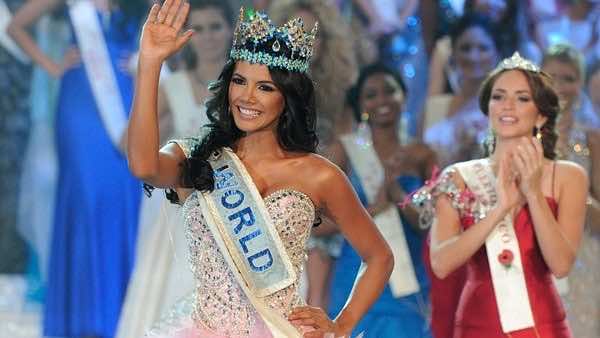 Indonesia’s top Islamic authority lashed out Friday at the country’s decision to host the Miss World beauty pageant next month, saying that women exposing their bodies went against Muslim teaching.

The pageant is already facing opposition in Muslim-majority Indonesia, with radicals vowing to stage protests against the contest even after organizers agreed to drop the bikini round in a bid to avoid causing offence.

The Indonesian Ulema Council (MUI) added its voice to the protests Friday, saying a top-level meeting of clerics earlier this month decided it did not want the pageant in the country.

“Even though the bikini event is being axed, the contestants will still wear tight dresses and expose parts of their body.”

The group also urged the country’s Muslims, more than 90 percent of the 240 million population, not to watch the pageant on television.

“The contest tries to trick people by saying that it’s not only a physical beauty contest but also to show inner beauty,” said deputy MUI head, Amirsyah Tambunan.

Junaidi said that the MUI had now made its position clear, and it was up to authorities whether they decided to cancel the pageant.

While most Indonesians practice a moderate form of Islam, a vocal hardline fringe has succeeded in getting events cancelled in the past.

Last year, pop sensation Lady Gaga axed a concert after hardliners threatened to burn down the venue and criticized her for wearing only “a bra and panties.”

More than 130 women will compete in Miss World, with some rounds on the resort island of Bali and the final in Bogor outside Jakarta. Bogor is in West Java province, parts of which are considered a stronghold for radicals.

Organizers revealed in June that the contestants would not wear bikinis during the beach fashion section, to be held in Bali, and would instead wear more conservative attire such as traditional sarongs.