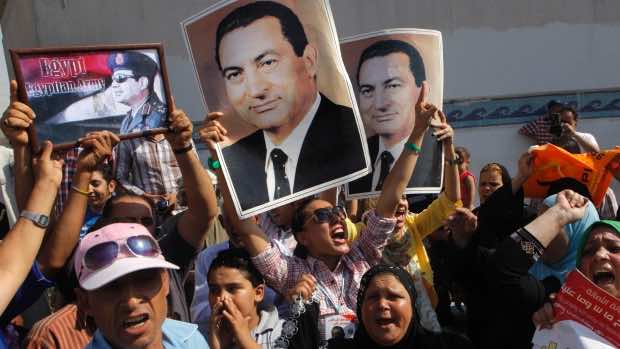 The condition of incompleteness of the Arab Spring must have acquainted readers and observers with the Turkish concept of “deep state.” For a reminder, the concept is close to the idea of a state within a state or, in other words, to the existence of hidden remnants of the old state within the new one. The nature of the deep state is antagonistic to popular revolts and radical change. Its complex structure makes the shift from dictatorship to transparent democracy difficult and complex.

Here, rather than analyzing the many deep forces at work in safeguarding the benefits and interests of the old state within the emergent one, I will take a look at the main psychological factor that is driving a lot of Egyptians away from the spirit of their revolution, namely nostalgia for the abuser or, more formally, the Stockholm Syndrome.

The Stockholm Syndrome refers to situations where victims end up loving their victimizers. History has seen many such situations. In the American Civil War, for instance, the slaves of the South fought against the North which had passed the law of the emancipation of Slavery. Yet, the case that made renowned criminologist and psychiatrist Nils Bejerot coin the term Stockholm Syndrome is just some 40 years old. Back in 1973, a Stockholm bank was besieged and a number of its employees were kidnapped by a group of masked men. A few of the hostages were indeed killed. Ironically, at the end of a six-day captivity, several of the hostages resisted attempts to rescue them by the police and later refused to testify against their captors. They had somehow developed a kind of empathy and sympathy towards the source that threatened their personal safety. From then onwards, the term Stockholm Syndrome has been used to explain the behavior of those who feel positively towards the hand that beats them.

Without going too much into the details of psychology, the Stockholm Syndrome happens when one becomes conditioned or brainwashed through emotional trauma. If a person makes us feel strongly emotional in some way or if we become dependent on them during a time of intense emotions, then those strong emotions may glue an attachment in place between us and the person, a connection that tips over into sympathy or even love. In the same way, we can misinterpret the importance of someone who appears to be indispensable for us—through the power they exercise over us or the control of our basic needs—and an inevitable intimacy with and dependence on them are forced upon us. We forget that our efforts to obey are due to our helplessness and we attribute them to the importance we feel someone has for us.

To this, we can add the case of iron-fisted rulers. When an autocrat has total control over our basic needs such as food and safety, we develop warm feelings towards them.  However, brutal they might be, they become “parental” to us and we find excuses for their tyranny and manipulation all the while becoming hooked on the intensity of the relationship.

In the Egyptian situation, I found the Stockholm Syndrome the most convincing explanation to describe how a large portion of Egyptian society feels towards its toppled dictator, Hosni Mubarak. On the day of Mubarak’s first trial, crowds of people gathered in front of the court insisting on his innocence and bursting into tears after the announcement of the life sentence, a verdict that enraged the revolutionaries who were expecting no less than a death sentence. Now, two years after the revolution that overthrew him, but not his legacy, Mubarak is released from prison and placed under house arrest. And you have to see the happiness of the crowd of well-wishers that gathered outside the prison to hail the release of the man who caused them thirty years of poverty, injustice and marginalization.

Brahim Barhoun is a political analyst. He obtained his Ph.D from the Complutense University of Madrid.