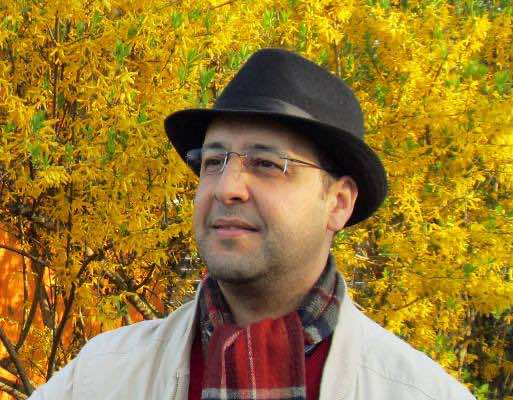 By
Loubna Flah
-
Loubna FLAH is a Moroccan national.
Aug 24, 2013
Spread the love

Berlin-based, Moroccan director Mohammed Nabil released his latest documentary film this month entitled “Jewels of Grief” at the Sebou Festival for Moroccans of the World, hosted in Kenitra. The film explores the predicament of single mothers in a highly conservative society. Mohammed Nabil has kindly offered to share his vantage point as a director, his incentives and his aspirations with Morocco World News.

MWN: This is not the first time that you have channeled your interest as a director to gender issues. Is this because of a specific sympathy for women?

Mohammed Nabil: I consider women issues as part and parcel of the history of mankind. My preoccupation with women’s stories stems both from objective and personal motives. I feel a pressing impetus to explore social taboos related to women in a creative way. Besides, working on women issues turned out to be a pleasant venture.

On the personal level, I was inspired by women stories since I was a child. I used to go with my aunt to a public garden downtown and lend an attentive ear to women’s mundane stories about desire, adventures and life in general. I believe that the logic of language fails to capture the essence of women. That said, I think that any development project that disregards the condition of women is doomed to fail and might even be a threat to the durability of society.

MWN: Is there any particular reason why you chose to direct documentaries rather than feature films?

Mohammed Nabil: I think that the readiness to make a movie comes with time as one acquires more skills and experience. Actually, I have already produced a short film in Canada in 2005, and I intend to produce other films. I want to produce a powerful film. I believe that Cinema is one of the most strenuous forms of art though it remains a beautiful enterprise.  Cinema is a big challenge that requires background knowledge, manifold skills, expertise, financial support…etc.

MWN: What got you first interested in the issue of single mothers?

Mohammed Nabil: My interest in the condition of single mothers was first sparked when I conducted a journalistic report five years ago that was published in a number of Arabic news outlets. It helped me to relate to the lives of single mothers in Morocco. The idea of making a documentary about Moroccan single mothers brewed in my mind for a long time and when I was ready I just went for it.

MWN: Your film propels different perspectives on the question of single mothers including that of religion and law. Do you think that you could achieve a certain degree of objectivity?

Mohammed Nabil: Objectivity is a nice dream. I learned in my journey in philosophy and the humanities that objectivity is not a reality, it is rather a metaphor. Nevertheless, we can talk about partial objectivity, which I pursued personally in my film. I tried to adopt a comprehensive approach that also comprises the perspectives of those who choose to ostracize single mothers. Though I tend to make a clear cut distinction between Nabil the filmmaker and Nabil the person, I still believe that filmmaking is the conveyance of a vision whose aim is to stir debate and discussion.

MWN: How did you select the main protagonists for your documentary?  Was it easy to convince Nadia and Nezha to reveal their identities in front of the camera?

Mohammed Nabil: The research I conducted about single mothers enabled to me to spot the women eligible for the film. I ended up presenting different instances of the same problem through the stories of Nadia and Nezha. On the other hand, we agreed not to show the film on Moroccan TV channels though it is difficult today to keep the film content away from the net. Nonetheless, I feel that there is an overwhelming desire among Moroccans today to break this taboo and to expose the plight of these women.

MWN: Did you face any administrative or technical problems during the shooting of your film?

Mohammed Nabil: Making a film is a laborious process fraught with difficulties; it is part of our job. I remember that it was not easy to conduct my research about single mothers five years ago. The editing itself was problematic and I had to do it several times after long and loud discussions with the German crew I am working with. Not to mention the financial limitations since the film did not receive funding from any institution supporting women’s empowerment.

In this regard, I would like to pinpoint that the cause of women’s rights in Morocco is deflected by politicians only to serve their own vested interests.  I hope that the Moroccan institutions will be more supportive of all artists who offer to address women’s issues with audacity, neutrality and creativity. The making of “Jewels of Grief” lasted two year during which I had enough time to learn and meditate about my own experience. Today, I am pretty confident of my journey and I hope I could transmit a reliable content coupled with beauty and creativity.

MWN: You moved from teaching philosophy to film direction and production. Was filmmaking a childhood dream?

Mohammed Nabil: The cinematic image has always appealed to me. I enrolled in the National Federation of Cinematic Clubs when I was young. Cinema was an escape from a tough childhood. I lived all kinds of hardships at the time, but at least it was filled with passion and a love for life. Today, I am back to keeping records of history and to scribble my ideas through the magic of the image.

MWN: Do you have any new film projects?

Mohammed Nabil:Yes. Currently I am working on a new documentary about the condition of Moroccan women in prison.