Morocco World News
Home Opinion Op-Eds Where is America in its quest for equality? 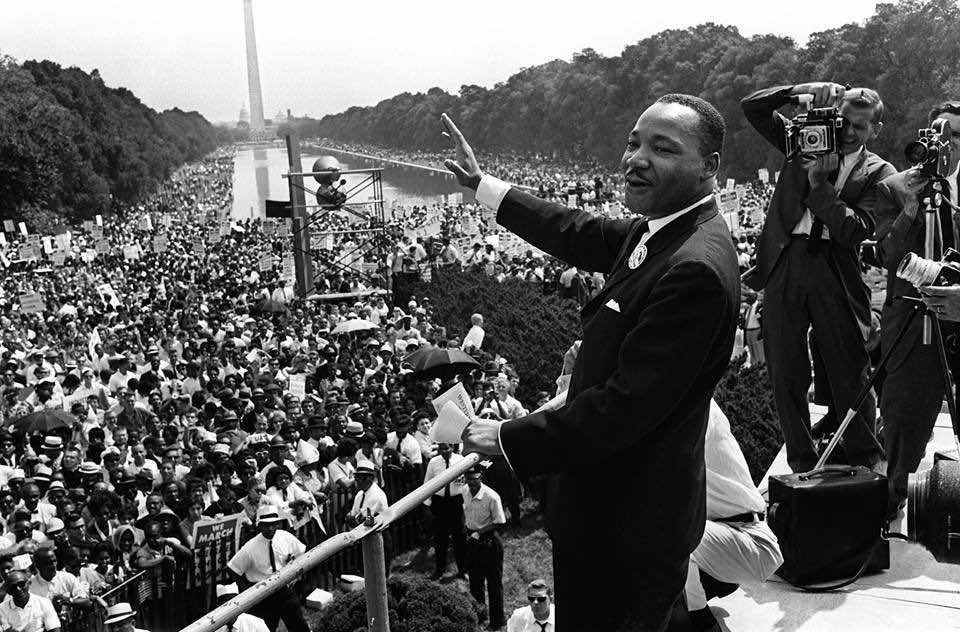 By
Anna Jacobs
-
Anna Jacobs graduated from the University of Virginia with degrees in Government, Foreign Affairs, and French literature.
Aug 25, 2013
Spread the love

Charlottesville, Virginia- On the 50th anniversary of the March on Washington we are asking ourselves this very question: where is America in its quest for equality? Some say progress and change take generations, but how many generations and individuals does it take to incorporate those human beings who have felt unwanted by their own country?

These are all questions which remain unanswered to this day. Does the election of an African American president, “equal rights” under the law, and greater diversity in the public sphere mean that America has reached a post-racial society? Nothing could be further from reality. While there are still individuals who feel marginalized because of their appearance and beliefs, we suffer from systematic inequality in the United States of America.

While young African American men are still deemed a threat for simply walking in a public space, when women in need are still disdained as welfare queens and make 77 cents for every dollar a man makes, when homosexual couples are still legally and socially perceived as unable to partake in the most basic human rights of love and marriage, and when we still treat democracy and human rights as secondary to geopolitical interests around the world, America has not fulfilled its dreams for equality.

“The March on Washington for Jobs and Freedom” took place in 1963, a pivotal year in the civil rights movement. Dr. King’s “I have a dream,” speech has made it a moment of international solidarity for oppressed persons throughout the world. Many of the legal demands of the movement were met, such as the Civil Rights Act of 1964, which illegalized discrimination and segregation in public places; the 24th Amendment in 1964, which stopped the poll tax and thus punished any attempt to charge a fee for voting; and the Voting Rights Act of 1965, which greatly facilitated the implementation of the 15th Amendment so that African Americans could fully partake in their right to vote without impediments such as literacy tests.

The Voting Rights Act also gave the U.S. Attorney General the right to intervene in cases of discrimination against voters. In the area of economic rights, the Equal Employment Opportunity Commission was set up in 1965 with the ability to sue businesses for discrimination against employees. While these were monumental institutional improvements that led to the enfranchisement of African American voters and greater economic agency in America, our society is still holding on to the ideology behind discrimination and inequality.

This ideology is what’s taking my country generations to break down, and while some legal obstacles have been overcome, acute institutional, cultural and structural challenges have taken their place in an insidious attempt to revive and strengthen the stigmatisation of those deemed “different” in appearance, gender, sexuality, and beliefs.

In the last fifty years since the March on Washington, unemployment among African Americans has remained in the double digits, hovering around 12%. Throughout this half a century, unemployment among them has been twice as much as white unemployment, though the poverty rate has dropped by 14% and their median income has doubled since the 1960s.

The 2008 recession hurt African Americans the most as their unemployment rate leapt to 15%. While the percentage of African Americans obtaining a high-school diploma has increased from 26% in 1964 to 85% in 2012, only 23% of them obtain a college degree, compared to more than 40% for whites.[1]

The US criminal system and its obsession with incarceration highlights these disparities even more. The United States has the largest prison population in the world, at around 2.2 million. That means that one in 107 American adults was incarcerated in 2011. This system of mass incarceration disproportionally affects minorities.

While minorities make up 30% of the American population, they represent 60% of the prison population.  According to the Bureau of Justice Statistics, one out of three African American men will likely go to prison in their lifetime. This structural disparity also affects minority youths, with African American and Hispanic students making up 70% of those encountering law-enforcement officials.

African American women are three times as likely to go to prison as white women while Hispanic women are 69% more likely.[2] These horrific statistics are the result of American policies, whether that be the war on drugs or mandatory minimums, as well as gross levels of economic and social inequality.

After the death of Trayvon Martin, the 17 year old African American killed because he was seen as a “threat” to neighbourhood watchman George Zimmerman, hundreds of protests were organized to reject this disgusting display of racial profiling in America’s society and judicial system.

Zimmerman was acquitted on all charges because of the “stand your ground” laws that Florida, and many other states, have passed. This allows an individual to claim self-defense for a “perceived threat.” In this case the threat was a young African Amercan teenager “armed” with a hoody and a bag of candy.

Examples of racial profiling infiltrate social interactions in America, and nothing made this reality more apparent than President Obama stating, “Trayvon Martin could have been me.”  There were angry reactions of people arguing that this exacerbated racial tensions, but those who pleasantly tout American freedom and equality, as bestowed on us by our founding fathers, while conveniently ignoring the racism and injustice our country was built from, misunderstand the painstakingly huge caveat of Jeffersonian democracy: All Men are Created Equal—as long as you’re a white male property owner.

America is a beautiful place where events like the March on the Washington exemplify the courage and resolve of all Americans. It is moments like these that embody the American dream, and we must keep the fight going against social and economic inequality in order to keep breaking down the barriers that discrimination erects.

With the Supreme Court striking down significant elements of the Voting Rights Act, funding cuts for women’s health care, education, and social programs, hugely disproportionate representations of African Americans and Hispanic Americans behind bars, and the increasingly acceptable espousal of Islamophobia, we still have a long way to go.

Moments like the March on Washington must be remembered and honoured in both America’s domestic and foreign relations with the rest of the world. Dr. King reminded Americans of this notion the year before his assassination when he was speaking out against the U.S. War in Vietnam:

“I oppose the war in Vietnam because I love America. I speak out against it not in anger but with anxiety and sorrow in my heart, and above all with a passionate desire to see our beloved country stand as a moral example of the world.”  California, 1967.

Let us honour all those who have come before us, all those generations who fought injustice so that we, as human beings, could live our lives, continue the struggle, and contribute to social progress in our country and throughout the world.

Anna Jacobs graduated from the University of Virginia with degrees in Government, Foreign Affairs, and French literature. She will be starting a Master of Philosophy program in Modern Middle Eastern Studies at the University of Oxford this fall. She is Morocco World News’ assistant Editor.