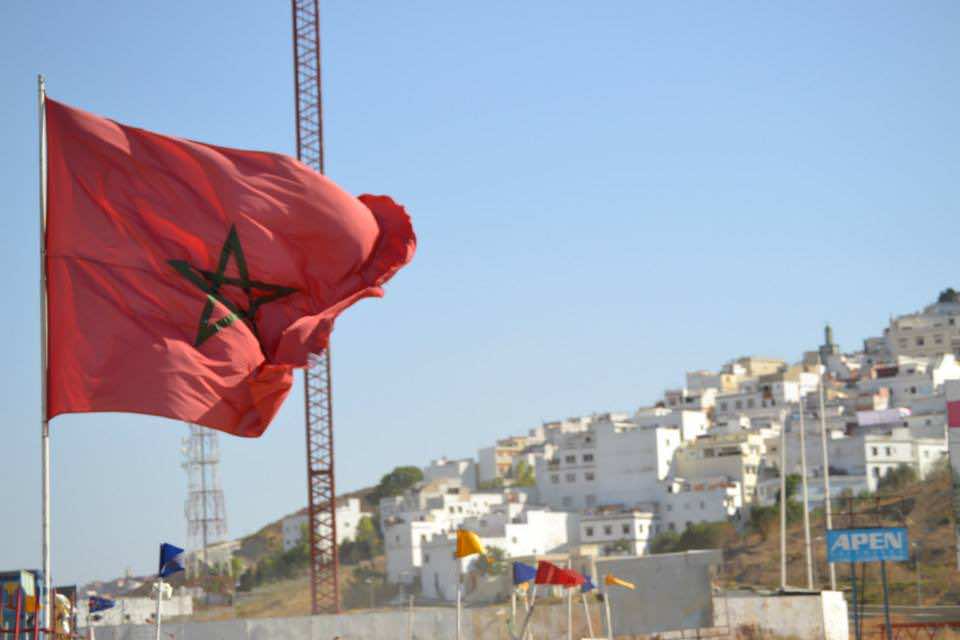 This issue becomes clear in Moroccan context. For instance, a person from the Atlas Mountains whose first language is Tashelhit, uses Moroccan Arabic in Rabat where he lives, and works at a school where he teaches French. Multi-linguals may use a number of languages on account of many different social, cultural, and economic reasons (Kemp, C. 2009. p. 12).

Neither Arabic nor French are the origin languages of Moroccans. Ennaji (2005) states that, “the Arab conquest of North Africa in the eighth century brought Arabic into contact with Berber” (P. 125). In the same way, French was brought to Morocco through French occupation, which came in contact with both Arabic and Berber (Ennaji, 2005).

Moroccan Arabic (MA) is the low variety of Standard Arabic (SA). MA constitutes Morocco’s primary communicative code (Chokrani, 2011) and is the most spoken variety all over Morocco. It is the mother tongue of over a third of the Moroccan population (El Amraoui, 2007). Accordingly, MA is the language of the street, home, and for intimate communicative purposes. It is mostly used in social and familial communication and is part of informal conversations in academic and professional settings. MA is not functioning as the country’s official language nor has it been the medium of instruction at schools. This fact has posed a challenge for Moroccan children. Namely, they acquire and use MA at home and in the street at first, and they are instructed in a second language (SA) unlike India, Russian, USA, Western Europe, Philippine and so on. UNESCO (1953) discussed the importance of using minority languages as a mean of instruction, and the famous cited statement in the report of the meeting is, “It is axiomatic that the best medium for teaching a child is his/her mother tongue” (p.11). Shortly, the first language must be used as the initial medium of instruction to ensure that academic progress is not hindered.

Tamazight, as Morocco’s original and oldest language (Ennaji, 2005), has three main varieties, namely, Tarifit, Tashalhit, and Tassosit. Tarifit is spoken in the Rif mountains, Tashelhit in the Atlas mountains, and Tassousit in the Souss region. Tamazight, a newly codified language, has recently been introduced to education in some speaking Tamazight regions. Tamazight has a script form called Tifinah that bears no resemblance to Arabic script or to French script. Like MA, Tamazight is a language used in different communicative situations such as street, home, etc.  Not introducing Tamazight to schools caused many problems at the level of teaching as well as learning, especially in the first three years. For instance, the instructors come from regions other than Amazigh who do not know Tamazight, and students do not know SA or MA. Consequently, this problem leads to home-school mismatch and cultural shock that result to a low rate of educational achievement. The government still needs more efforts to fix Tamazight language at schools.

Standard Arabic (SA) is the official language of Morocco; however, no one in Morocco speaks it as the first language. At the level of education, SA is the first language of instruction in the country’s public schools. This indicates that SA is a language of conferences and administration. Children are exposed to this language at the early beginning ages when they attend Qu’ranic pre-schools or nursery at ages 3-6. So, SA is used in a formal situation. For instance, it is used at schools as a means of instruction and it is taught as a subject.

France colonized Morocco between the years 1912 and 1956. During that time, Moroccans were expected to learn French and to be educated in the ways of the French, even though France did not give citizenship rights to Moroccans (Ennaji, 2005). Now, French has become the language of upper class. In other words, French is a language of education, business, science and administration. Some researchers, such as Bentahila and Ennaji, consider it a prestigious language. Most middle/upper class families continue to plan for their children to learn French, owing to its vitality in academic professional life within today’s global economy.

Up to now, these are the most used languages in Morocco; however, other languages exist for various functions. First, Spanish is widely spoken in north Morocco and Western Sahara (Chakrani 2011), mainly due to the geographical proximity of both countries and colonial effects. It has a direct effect on MA; its presence in MA is well documented.  Second, English is becoming very popular in Morocco because of modernity. English is a language of science and technology, as well as a language of tourism.

Due to the fact that Morocco is a multilingual country, some languages are used either at schools as a mean of instruction such as Arabic, French and Tamazight or taught as subjects like English, French, Spanish, German, and lately Tamazight. Multi-linguals, as stated by Galambos and Goldin-Meadow (1990), have a stronger awareness and a sharper perception of language. In this regard, multilingualism makes a person, especially students learn more rapidly and easily in their first language (L1) because s/he transfers learning strategies from other codes.  The relation between two or more languages is probably relevant owing to the role it plays; it facilitates the operation of learning, particularly if the systems of writing are nearly the same. For instance, learners of English who already acquired French may find it easy, due to the corresponding systems.

A research conducted by Giva and Seigel (2000) shows that multi-linguals are more advanced in cognitive development in comparison to monolinguals. The former acquires skills in both languages and transfers them into the other, since students have increased the ability to apply more reading skills effectively, due to their greater experience in language learning and reading in two or more different languages. While the latter, acquires skills only in one language. This indicates that the operation of transfer can be in the same domain. For instance, phonological awareness makes students transfer skills related to reading say a word ‘communication’ in French language may be pronounced nearly the same in English language.

Multilingualism, then, displays greater cognitive flexibility, better problem solving and higher-order thinking skills as Hakuta (1986) suggests. A monolingual, for instance, has a single model of thinking to use with people s/he encounters, and s/he has the same world-view and the same language. A person who speaks multiple languages has at least a dual perspective of thinking. Indeed, multi-linguals are affected by other literacy and knowledge acquired through other languages. It enables them to be more flexible in their thinking, and learn reading more easily. Cook (1999) states that the advantages that multi-linguals exhibit over monolinguals are not restricted to linguistic knowledge only, but extend outside the area of language. Cook refers to this idea as multi-competence.

Multilingual students are able to communicate in each parent’s dominant language (Larouz, lecture 2013), if it happens to be each from different region. This, of course, may facilitate the operation of communication with parents and friends, as well as making the relationship closer with each parent. For example, a student whose mother is from Atlas Mountains and his father from the north will find it easy to communicate with both parent’s families; he will use Tashalhit with his family and friends from Atlas and he will use Moroccan Arabic with his family and friends from the north. Multilingualism at this level may serve as an interfamily bridge. This student may carry forward the father’s heritage and language to his mother’s family and vice versa.

Language is one barrier between nations and ethnic groups that sometimes hinders communication and the development of friendly relationships (Larouz, lecture 2013). Multilingualism education gives chances for a wider range of communication across nations and people. Students who are multi-linguals are able to communicate with classmates, neighbors, and overseas friends who speak target languages through World Wide Web.

Through multilingualism, people may find solutions to big issues in the country. First, it provides the chance to experience three or more cultures in different authentic manners. That is, multilingualism penetrates the cultures expressed in more than three languages. Second, multilingualism provides potential economic effects. Multi-linguals may be in stronger positions for employment due to the fact that international trade increases, and the need for employees who know and use more than two languages increases as well.

Summing up, the diversity of languages that exist in Morocco comes with big issues, which are code-switching, code mixing, and so on. It is obvious in Morocco’s streets that people use more than one linguistic variety to express their ideas and communicate with their friends, such as “radi n discuti shwiya mâa mes amis” or “ wahd men la famile jay ândi”, which indicates that the speaker is knowledgeable about more than two codes. However, many languages are treated negatively. Most of Moroccans, for example, have negative attitudes towards studying or using French. These negative attitudes lead to a lack of educational achievement which becomes very obvious at the level of students’ competence and performance.

Paradowski, B. M. (2010). The benefits of multilingualism. Retrieved in May 4th 2013 from http://www.multilingualliving.com/2010/05/01/the-benefits-of-multilingualism-full-article/.