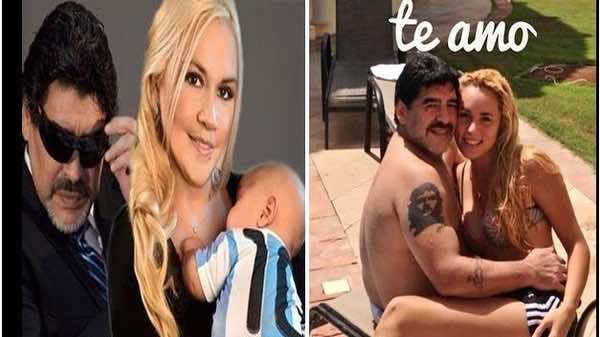 Diego Armando Maradona, one of Argentina’s greatest football legends might have bitten off a little more than he can chew in Dubai, according to Arabic-language online newspaper Elaph.

The footballer has reportedly been indulging with many “beautiful” women and possibly substances which are highly frowned-upon, according to Argentinian media outlets.

Diego Maradona currently resides in Dubai following the renewal of his agreement as an honorary sports ambassador for the city in July, reported Gulf News.

Recently, Maradona’s apparent love of women came under fire, mostly due to the spread of lascivious pictures in the media.

Images of Maradona and numerous women in a number of locations, including swimming pools and parties, in various states of undress have alerted Dubai authorities, according to Elaph.

He has also been haunted by questions of paternity, stated the article.

Maradona has been lambasted for his values, which have been deemed to be a world apart from Arab and Islamic morality.

Despite his alleged antics, a source within the Council of Dubai has confirmed that that there is no intention to terminate Maradona’s contract before the agreed date.

Maradona captained the Argentinan team during the 1990 FIFA World Cup, played in the 1994 FIFA World Cup and is famous for his trademark kick, the “Rabona” (kicking with crossed legs).

Despite reports that Maradona was on shaky ground with Dubai authorities, he has recently signed deals with two jewelry outfits in the UAE to be renamed “Boby N Maradona Gold Diamond Jewellery.”