Beijing - Within the context of globalization, the 2008 Western economic crisis refuted what Francis Fukuyama called “The End of History,” what he described as the collapse of the communist world and the emergence of a globalized capitalist world which would lead to the supremacy of Western liberal economic ideology and model. 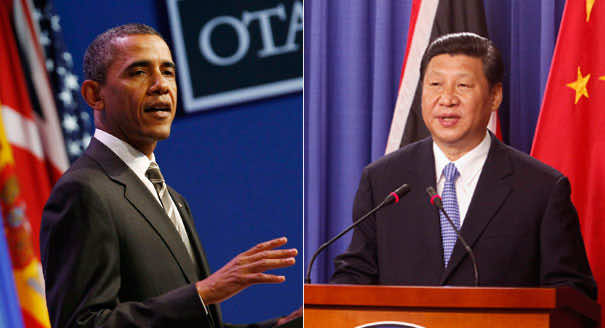 Beijing – Within the context of globalization, the 2008 Western economic crisis refuted what Francis Fukuyama called “The End of History,” what he described as the collapse of the communist world and the emergence of a globalized capitalist world which would lead to the supremacy of Western liberal economic ideology and model.

The “End of History” seemed like justified boasting of the merits of liberal capitalism for humanity; however, 2008 marked a radical departure from this cherished  thesis.

From 2008 onward, economists, scholars, and students of global politics and economics were taught a new way of looking at the nature of the globalized economy.  Markets plunged, the financial systems recorded panic on a global scale, real estate crumbled, massive unemployment and bankruptcy occurred, and optimism in the market declined. These are just of some of the issues that  marked the severity of the 2008 crisis and the departure from an idea of  “End of History.” First, liberal capitalism did not lead to where Fukuyama and liberals said it would. And second, non-liberal gargantuan economies such as China, which can be described as authoritarian capitalist entities,  defy western economic powers and raise the concern of a “Power shift from West to East.”

As to the question at hand, “Has the 2008 crisis led to a power shift in the 21st century?” it will be argued that although the “center of gravity” of the world economy has been moving East, the world’s most powerful economies remain in the West. This finding will be supported by factual evidence and data on the nature of various Western and Eastern economies, and what the rise of  “BRICS” powers such as China means.

To start with, a power shift is the movement of economic power from one geographical area to  another. In this case, we examine the potential for an eventual shift from the West to the East. To be sure, many economists, scholars, and analysts have been following China’s impressive growth, which in 2015 led the country to become the world’s largest economy.

But this observation should be understood with caution. Even if China boasts a $19.51 trillion in PPP terms, and therefore makes it the largest economy in the world, the US has the world’s largest economy in real terms, with a GDP of $17.97 trillion. The US only drops to second place when the effects of the strong dollar are stripped out. Check these numbers, if they are not updated from the article published 3 years ago

As economist Martin Gilbert recently wrote in the Telegraph, “Economists have often said ‘when America sneezes, the world catches a cold’… but recent history suggests the world’s immune system is more sensitive to China’s sniffles than was previously thought.”

That said, China’s impressive achievements, which F. Zakaria calls, “A Rise of the Rest,” has to be evaluated with other elements in mind. Economic power applies not only in terms of the size of an economy but also by the qualitative criteria. In fact, economies like China are undoubtedly large, but this does not necessarily make them competitive in relationship to most Western liberal countries like the United States. In a 2011 survey, the United States came fourth in the world in a group of 15 countries. China, on the other hand,  ranked 27th in the list ranking  in terms of competitiveness.

To sum up, the mentioned qualitative aspects of the economy, which China seems to severely lack compared to the US, are crucial for a long-term economic strength. Though China is the world’s largest economy with $19.51 trillion in PPP, it still cannot compete with more sophisticated and innovative economies like the US or the EU because the qualitative potential of the Chinese economy is still weak. However, China is still in a developing stage, and it only requires contextual understanding of the interdependent relationship between the world’s major economies to understand that the international system requires the United States and China to be entirely dependent on each other for their prosperity and security.