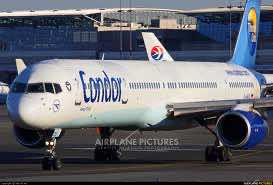 A German plane carrying 204 passengers travelling between the Egyptian Red Sea resort of Hurghada and Frankfurt had to make an emergency landing in Croatia on Monday after smoke was detected in the cabin.

The passengers and all nine members of the crew were unhurt and able to leave the plane after it landed in Dubrovnik.

“A Boeing 757-300 belonging to the German company Condor made an emergency landing at the airport of Dubrovnik just before 16:00 (1400 GMT),” Marina Haluzan, a spokeswoman for Croatian air traffic control, told AFP.

The plane was due to land in Frankfurt at 5:10 pm (1510 GMT), but the pilot requested permission to make an emergency landing some 65 kilometres (40 miles) from Dubrovnik, said Haluzan.

On the runway, the plane was met by ambulances and fire engines, but these were not used.

A replacement flight to take the passengers to Germany was expected to leave Croatia just after midnight (2200 GMT).