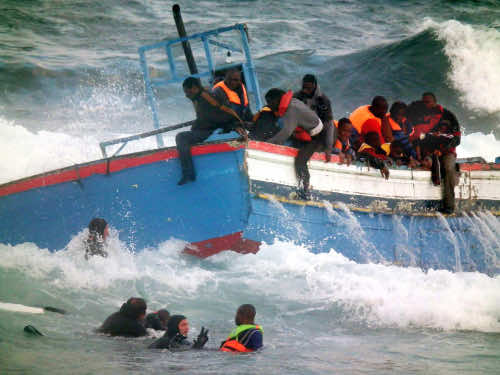 A cargo ship on Tuesday rescued 109 migrants coming from Libya after spotting their boat in rough seas some 30 nautical miles from the north African coast.

Italy’s coast guard said it had received a distress call via a satellite phone from the migrant vessel and had then alerted the Celia, which was in the area.

The ship is now headed for Trapani in Sicily, where coast guards said it was due to arrive later Tuesday.

Italian media reported the Celia was Italian-flagged, but the website marinetraffic.com said the 101-metre (333-foot) ship was registered in Antigua and Barbuda.

The website indicated the vessel left the port of Misrata in Libya on Monday and had been headed for Castellon de la Plana in Spain before going off course.