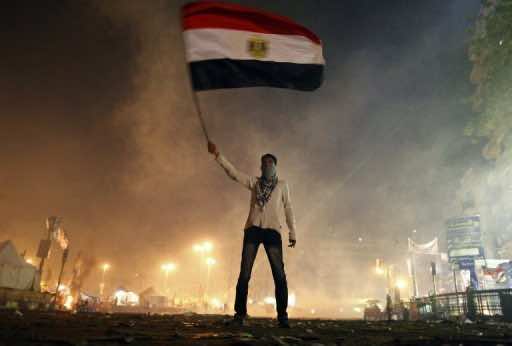 Experts say Israel could have dialogue with any administration in Egypt, including a coalition participated in by the Muslim Brotherhood, as long as it adheres to the Camp David peace agreement

The end of the Mubarak era in Egypt marked the loss of Israel’s most important regional alliance.

Since the beginning, Israel has been following the developments in Egypt carefully but silently from the sidelines. Although the worst-case scenario for Israel, the Muslim Brotherhood ‘s assumption of power, was realized, the latter stayed loyal to the Camp David peace agreement, thus invalidating Israeli fears during its term in power. However a new order by Premier Benjamin Netanyahu dragged Israel into its anxious silence once again after the July 3 coup.

Evaluating Israel’s approach to the ongoing uncertainity in Egypt, experts told Anadolu Agency (AA) that they agree that Israel could have dialogue with any administration in Egypt, including a coalition participated in by the Muslim Brotherhood, as long as it stuck to the Camp David peace agreement.

Former Israeli ambassador to Egypt and Professor at the Tel Aviv University Faculty of Humanities Shimon Shamir said, “The thinking in Israel is that it would be best for Egypt, Israel and the rest of the world to see in Egypt a stable, responsible and enlightened government. If a coalition of all political forces can achieve this, so be it.”

While worried about the Brotherhood’s ideology, Shamir added, “Israel nevertheless got along with their regime. Morsi did not cancel the peace treaty and played a positive role in ending the war in Gaza.”

“Israel’s policy is to keep out of the internal politics of Egypt.”

Research associate at the Institute for National Security Studies (INSS), and ex-director of the Strategic Planning Division of Israeli General Staff, retired General Shlomo Brom told AA that Israel had tried to soften the approach in the West towards the events in Egypt.

Brom added, “It is true that Israel was very suspicious of the Muslim Brotherhood regime because of their viciously anti-Israeli and anti-Jewish (actually anti-semitic) ideology. It is also true that ever since Morsi was deposed, Israel has an interest in preventing escalation and the severance of ties between Egypt and the US and other Western powers, because it will have a destabilizing effect.”

-“As long as peace is protected…”

Alon Ben-Meir, expert on Middle East politics, told AA that Israel did not want to interfere in Egypt’s internal affairs as long as the peace agreement was in tact.

Ben-Meir added, “Simply put, Israel has one interest vis a vis Egypt: maintaining the solidity of the bilateral peace treaty, and so long as the government in Egypt (regardless of its composition) is committed to it, Israel will be content.”