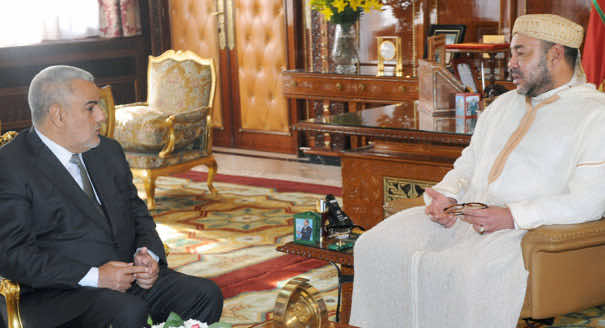 Following the events of July 3 in Egypt, Morocco’s leading Islamist Justice and Development Party (PJD) risks losing some of the advantages it gained following the constitutional amendment of July 2011—not to mention fears of marginalization within an already hostile political field. King Mohammed VI’s speech marking his 50th anniversary celebration has been interpreted as a direct criticism of the PJD’s government (pointing out specific shortcomings such as the decline in education performance), and a sign of a brewing confrontation between the palace and the PJD.

Since Morsi’s overthrow, the PJD’s leadership has been terrified that the events in Egypt will provide the Makhzen an excuse to sabotage the PJD’s experiment in power. This is particularly daunting given that the party and its leader Abdelilah Benkiran face significant political pressure on all fronts (from the palace, coalition partners, and opposition parties in the parliament). The ramifications of events in Egypt on Morocco can be seen through the reactions of palace and pro-palace players. King Mohammed VI was quick to congratulate Egypt’s interim President Adly Mansour immediately after his appointment. Likewise, two hours after the royal statement, the pro-monarchy Authenticity and Modernity Party (PAM) issued a statement defending the army’s intervention as protecting Egyptian institutions and democracy, though the palace had not commented on the recent bloody crackdown. The palace’s position was in step with that of the Gulf monarchies—except Qatar—which were glad to get rid of the brotherhood.

The Istiqlal party (Independence Party), a former partner in the PJD led coalition government, and a historically pro-palace party, hasted their withdrawal from the coalition prompted by the events in Egypt. As Morsi was deposed, Istiqlal’s secretary general Hamid Chabat called for the Moroccan prime minister to step down “like his Brotherhood brother Mohammed Morsi” and the dissolution of the PJD. The party’s newspaper, Al-Alam, compared Morsi and Moroccan Prime Minister Abdelilah Benkirane, saying that both had failed to make good on their election promises of fighting corruption and despotism, and had proven overly domineering

It appears that Istiqlal’s antagonism during the past six months was at the suggestion of advisors close to the king. Thus, Chabat’s actions to impede the government stemmed from the conflict of interest between the palace and the government’s planned reforms, including the compensation fund, to which Benkirane admitted not foreseeing such sizeable, entrenched resistance.

On the streets, some popular unrest has been directed at the PJD-led government’s inability to achieve concrete social and economic reforms, especially after the plans to reform the compensation fund and tax system—the government had been pushing to replace the compensation fund allocations with direct cash transfer to poor families and to abolish the tax loopholes for large corporations—ground to a halt. However, the slow pace of progress on implementing reforms opened up the government to criticism from labor unions, political parties, and NGOs.

Furthermore, the success of the Tamarrod movement in Egypt has inspired some to seek to replicate it in Morocco. Morocco’s tamarrod movement has called for demonstrations to bring down Benkiran’s government by August 17. Members of the opposition (including the Social Union of Popular Forces or USFP and PAM) joined the ranks of Tamarrod aiming to weaken the PJD. The movement has canceled its activities in the wake of the events of August 14 in Egypt.

However, obvious differences between Egypt and Morocco render the question of a replication of the events of July 3 obsolete. Those include the types of political system, role of the army, political context, and regional dynamics. Morocco’s electoral system, with a fragmented parliamentary political scene, necessitates the formation of a broad ruling coalition. Furthermore, Morocco’s military has been kept out of direct involvement in politics since the 1970s—largely due to the two coup attempts against the King Hassan II. Additionally, the monarchy has been able to manage the political protests since February 20, 2011 rather competently allowing it to strengthen its legitimacy and reputation—which had been suffering from the increased political manipulation that marked Moroccan politics since 2003. However, what the political elite in Morocco could learn from Egypt is that joining forces is the best way to confront increasing authoritarianism.

The question (or the fear) for the PJD is whether the events of Egypt will open the door for Morocco’s pro-monarchy players to marginalize the party and render it irrelevant. In an attempt to protect itself, PJD leadership sought to avoid conflict with the monarchy, which was vocal in supporting the coup, given the anti-coup views within its own rank-and-file. The PJD’s response aimed to alleviate the pressure against it and appease everyone, including its supporters and the monarchy, by distinguishing between the official position of the government (a neutrally worded statement issued by the foreign ministry headed by former PJD secretary general Saad Eddine Othmani) that of the party (condemning the coup and stressing differences between them and the Muslim Brotherhood) and the anti–coupstance held by its parallel organizations such as the Unity and Reform Movement, the PJD youth wing, and the Renewal student organization (Orema). They also protested—side by side with Al adl wal Ihassan and some Salafis—against the bloodshed following the crackdown on the pro-Morsi sit-in in Cairo. Even Benkirane’s wife attended the anti-coup protestations that took place August 18 in Rabat. The PJD thus assigned different roles to its various components to alleviate the pressures it faces from various sides.

The PJD’s fear of the repercussions of Egypt’s in Morocco remains palpable, and they are hardly reassured by the mixed signals coming from the palace. Although the party too is sending mixed signals, they are threatening that destabilization will be Morocco’s fate if harsh authoritarianism returns.