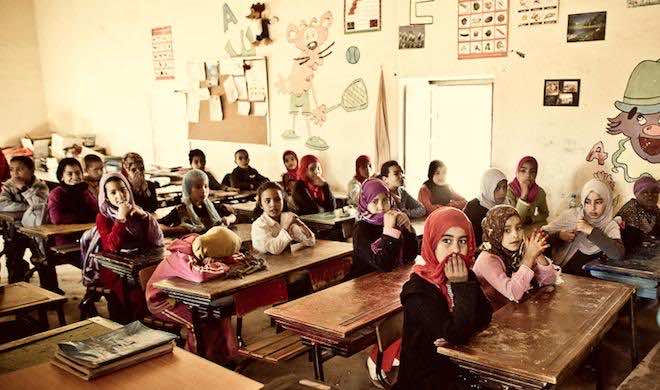 Last week, King Mohammed VI of Morocco marked the 60th anniversary of the restoration of his country’s sovereignty from the French. Yet, he chose not to dwell on the past in his annual speech to the nation. Nor did he remark on the disastrous and complex conflicts in Egypt and Syria, Yemen, Libya, Tunisia, and elsewhere, that embroil the surrounding region. Instead, he dedicated his speech to the youth of Morocco, focusing on the state of education in the kingdom.

As a former U.S. ambassador and foreign service officer, and President of AMIDEAST – the largest American provider of English language and workforce skills training in Morocco with 30 years of experience in the country – I read the king’s speech with great interest.

“Work together to improve the effectiveness of Morocco’s education system”

First, some background. Morocco has no oil resources and so has had to finance most of its education budget internally. It has had one of the highest rates of illiteracy in the region among rural populations, especially women. Schooling requires both Arabic and French if one wants to go beyond primary school, and the public system is struggling to keep up with the demands of a burgeoning population.

And yet, Morocco is making progress towards achieving its Millennium Development Goals (MDGs) because the king has made his country’s social and human development his top priority. His speech could not make that more clear.

King Mohammed sees education as key to good citizenship and family solidarity. In it, he twice refers to himself as a “caring father who, like any father, loves his children deeply.” He places education at the center of social and human development as it imparts values and skills that benefit families, communities, and the nation. One surprise is the king’s mention of the disparity between the public and private educational systems and his recognition that Morocco must do more for all of its citizens in terms of providing quality education and training.