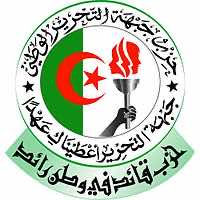 Algeria’s ruling National Liberation Front Thursday chose Ammar Saidani as its new secretary general, after its central committee voted him through with a show of hands following a seven-month crisis.

Saidani, 63, former president of the National Popular Assembly, was the sole candidate for the post, and replaces Abdelaziz Belkhadem, who was ousted as the head of the party in February. The central committee meeting had initially been authorised by the interior ministry, but Saidani’s opponents brought a lawsuit that cancelled the session on Wednesday afternoon.

Supporters of the new FLN chief finally got the green light from authorities to press ahead with the meeting, local media reported on Thursday. Some 273 out of 340 members of the central committee were present.

Three candidates had been in the running to head the FLN but two other — central committee member Mustapha Maazouzi and Said Bouhadja from the party’s political bureau — pulled out of the race.

Thursday’s vote came amid an internal political crisis that has seen the FLN, which has ruled Algeria since its independence from France in 1962, split into two camps.

The crisis has been made worse by the prolonged illness of President Abdelaziz Bouteflika, who suffered a stroke and spent three months recovering in France.