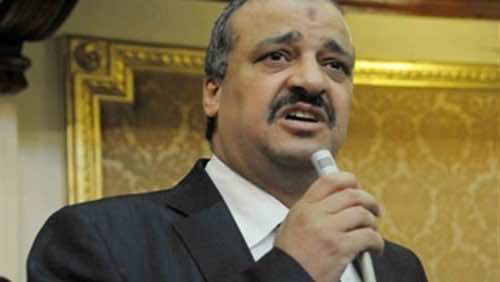 The firebrand politician was arrested in a village outside Cairo with former labour minister Khaled al-Azhari, who served in ousted president Mohamed Morsi’s government, the ministry said.

Beltagi, who had issued defiant video recordings in hiding, was the latest Brotherhood leader detained in a wide-ranging crackdown on the Islamist movement.

A former member of parliament, he became one of the most vociferous opponents of the popularly backed military coup that toppled the Islamist Morsi on July 3.

Police had already arrested the Brotherhood’s supreme guide Mohamed Badie and much of the senior leadership.

Badie and his deputies are standing trial on charges of involvement in the murder of protesters who stormed the Brotherhood’s headquarters on June 30.

Although respected by many Islamist youths, Beltagi was not seen as possessing much influence in the top ranks of the Brotherhood.

He became one of the movement’s chief spokesmen after Morsi’s ouster, and outraged the former president’s opponents when he said militant attacks on security forces in Sinai would end only with Morsi’s restoration.

His daughter, Asmaa, was killed on August 14 in a deadly police operation that broke up two Islamist protest camps in Cairo.