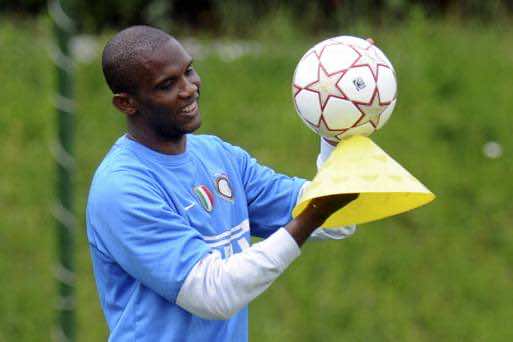 The 32-year-old arrives from Russian side Anzhi Makhachkala on a free transfer, in a move that may signal the end of Chelsea’s pursuit of Manchester United striker Wayne Rooney.

Chelsea have had two bids for Rooney rejected and manager Jose Mourinho recently admitted that he had a “Plan B” in case their pursuit of the England international did not come off.

“I am very happy to be here, but also anxious because I want to get playing as soon as possible,” Eto’o told the Chelsea website, www.chelseafc.com.

Eto’o previously worked under Mourinho at Inter Milan and was a member of the team that claimed an unprecedented treble of Serie A, Coppa Italia and Champions League titles in 2010.

The move also reunites him with former Anzhi team-mate Willian, who completed a switch to Chelsea in a deal reportedly worth £30 million ($47 million, 35 million euros) on Wednesday.