Casablanca - Innumerable coffee shops stretch all along the boulevard adjacent to my house. Each of these multitudinous coffee shops has its own faithful clients, who spend a considerable portion of their time sitting there for varying reasons: soccer matches, manly discussions, smoking, reading newspapers while drinking coffee and so on. 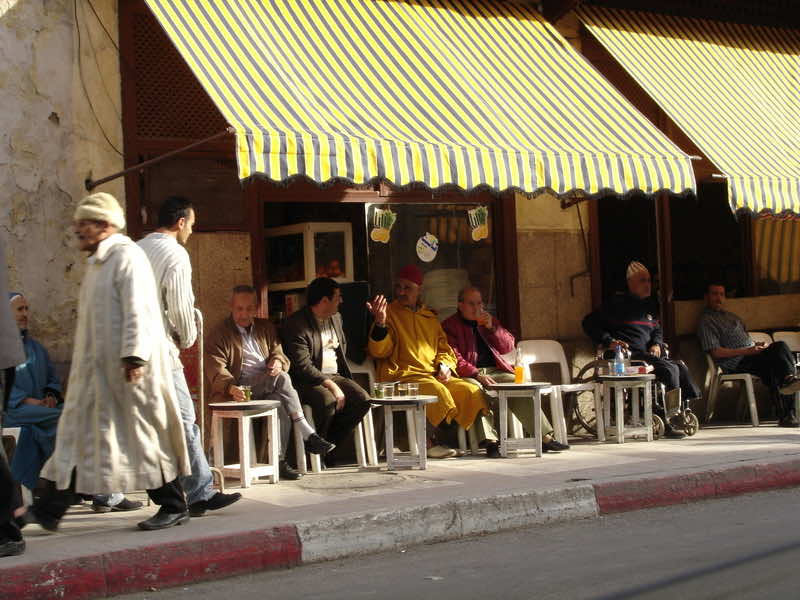 By
youssef sourgo
-
Youssef Sourgo is currently a Master’s student in Linguistic and Literary studies at Ain Chok Faculty of Letters and Humanities.
Aug 29, 2013
Spread the love

Casablanca – Innumerable coffee shops stretch all along the boulevard adjacent to my house. Each of these multitudinous coffee shops has its own faithful clients, who spend a considerable portion of their time sitting there for varying reasons: soccer matches, manly discussions, smoking, reading newspapers while drinking coffee and so on.

Recently, I have noticed the increasing presence of female waitpersons in the most popular coffee shops. A female waitperson is not a new phenomenon in Morocco, but the reasons behind the recruitment of women in coffee shops sometimes goes beyond the basic requirements for the job to sordidly exploit these women’s femininity, in order to lure more male clients.

It is unquestionably delightful to see woman gradually occupying jobs that were previously restricted to men. This surely proves that phallocentricity is increasingly wearing thin in the Moroccan society. Yet, not all manifestations of gender equality in our society are sincere and well intentioned in essence.

In Casablanca’s most popular and cheapest coffee cafes, the recruitment of women and young girls as waitresses is in most cases a sad instance of one of these perverted manifestations of gender equality. Most girls in these cafes are compelled to accentuate their femininity in the most lamentable fashions—provocative outfits, excessive make-up and perfume, etc.

Unsurprisingly, most of these popular cafes are jam-packed with men, most of whom come to enjoy a free exciting show. Worse, these waitresses are sometimes sexually harassed while on duty because of their provocative outfits. Sadly, they are compelled to “professionally” cope with such unwanted behaviors from the coffee shop clients to keep their job.

It would be unfair to generalize this phenomenon on all coffee shops in Casablanca or in Morocco at large. Some well-reputed coffee shops put emphasis on the professional skills of their female employees rather than their gender particularities. The label of gender equality in this case becomes valid, as both genders are assessed equally and under the same set of criteria.

It is reprehensible how a woman’s femininity can be exploited for financial gain, but more lamentable is the phenomenon when this exploitation takes place under the camouflage of gender equality. Such practices, sadly, reverse the processes of the women’s emancipation and consolidate an even worse genre of patriarchy and women’s shadowing, in which the employment of women in jobs usually occupied by men cannot happen without some form of exploitation involved.

The reason why women consolidate these phenomena that further entrap them in the sphere of patriarchy and gender inequality is mainly social. Some of these women are intellectually well nourished and are aware of the negative impingements of the exploitation they are subjected to, but social constraints compel them to disregard the long-term repercussions of such phenomena. Social factors win again!