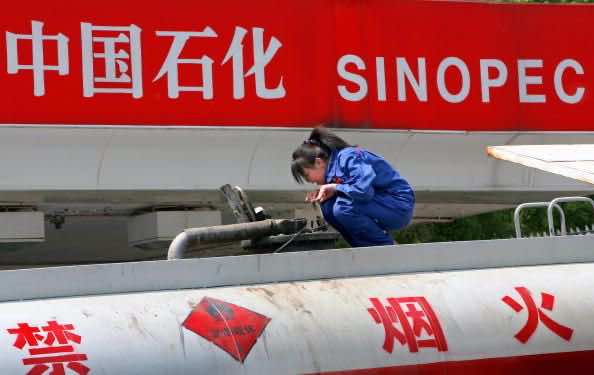 Chinese oil giant Sinopec will pay $3.1 billion for a one-third stake in the Egyptian oil and gas business of US firm Apache Corp. it said Friday, as China builds up its access to global energy reserves.

The deal, which is still subject to regulatory approval, marks Sinopec’s first entry into Egypt’s upstream oil and gas sector, according to a company statement.

It is the latest major Chinese resources acquisition abroad and comes after CNOOC, another Chinese state-owned energy giant, bought Canada’s Nexen in a $15 billion deal last year despite political opposition in that country.

The Apache move comes despite political strife in Egypt as supporters of the country’s deposed president Mohamed Morsi clash with the new government installed after the military overthrew him last month.

“Through this partnership, Sinopec is able to enter the upstream oil and gas sector of Egypt for the first time and expand its international upstream portfolio,” the company statement said.

“This partnership will further build up Sinopec’s capability and experience in promoting overseas reserves and production.” China is already the biggest energy user in the world and the second-largest oil consumer after the United States.

Houston-based Apache said its exploration and production in Egypt’s western desert was “unaffected” by political events, according to a separate statement.