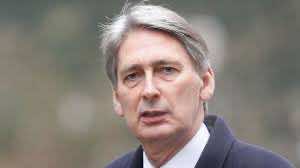 Speaking to BBC Newsnight following the parliament’s vote against Syria intervention, upon the question of “Following these events, Britain will not intervene in Syria?”, Hammond replied “Yes, that is right.”

Hammond said he personally believed in the necessity of operation.

On Thursday, the House of Commons rejected the government proposal of “a strong humanitarian response” by a 285 to 272 margin.

Labor leader Ed Miliband, who defended that UN chemical probe team report should be waited, asked for assurance from the government that no operation would happen until the next voting.

Prime Minister Cameron, in response, assured the opposition, and said he would behave accordingly as the parliament clearly did not favor an intervention.