Morocco World News
Home News Middle-East Assad’s downfall to be a blow to Iran, a power vacuum to... 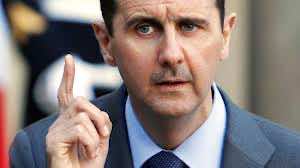 Syrian President Bashar al-Assad’s downfall would be a serious strategic blow to Iran and could result in a power vacuum that Turkey might fill, according to RAND researchers.

“Assad’s downfall could strengthen internal opposition to the Iranian regime and deepen the current divisions within the Iranian leadership,” RAND Corporation reported.

Iraq also has become a field of growing competition between Turkey and Iran, according to the RAND report. The sectarian conflict between the Shi’a and Sunni has drawn Iran and Turkey into the Iraqi conflict on opposing sides. While the Turkish-Iranian competition in Iraq is not as significant as the tensions over Syria, it could gain new strength should Assad lose power, leading to widespread sectarian violence that could be highly destabilizing.

-Rivalry, Cooperation Between Turkey and Iran Changing Along with the Middle East

Economic cooperation between Turkey and Iran has increased over the past decade — mainly due to Iran’s vast oil and natural gas reserves — but the degree of cooperation between the two nations should not be exaggerated, according to a new RAND Corporation report.

Turkey and Iran historically have been — and continue to be — rivals rather than close partners because the two states have fundamentally different political identities and ideologies.

“The Arab Spring has given the political and ideological rivalry between Turkey and Iran greater impetus,” said F. Stephen Larrabee, co-author of the report and a senior political scientist with RAND, a nonprofit research organization. “Turkey and Iran both have sought to exploit the emerging ‘new order’ in the region to achieve their respective interests in the Middle East”.

An important source of strain between Turkey and Iran has been Turkey’s support for the opposition to Assad. Iran’s partnership with Syria — its closest ally — dates to the beginning of the Iranian revolution.

The Kurdish issue also has emerged as a source of tension between Turkey and Iran. The Turkish government suspects Syria and Iran of providing support to the main Kurdish insurgent group, the Kurdistan Worker’s Party (PKK).

“As the unrest in Syria has spread, the Assad regime’s control over the Kurdish areas along the Turkish-Syrian border has eroded, deepening Turkish anxieties that this will strengthen calls for greater autonomy among Turkey’s own Kurdish population. Turkish leaders fear that Syria and Iran may use Turkey’s vulnerabilities on the Kurdish issue in an attempt to reshape Turkey’s policy toward the Syrian regime,” according to Rand report.

Turkey views Iran’s nuclear program with some concern, fearing that Iran’s acquisition of nuclear weapons could lead to a nuclear arms race in the Middle East, which could, in turn, increase pressure on the Turkish government to consider developing its own nuclear capability. However, Turkey’s membership in NATO may provide a sufficient disincentive for Turkey from developing nuclear capabilities if Iran moves forward, researchers say.

“US and Turkish interests have become more convergent since the onset of the Syrian crisis, but their interests in the Middle East are not identical. Thus, the United States should not expect Turkey to follow its policy toward Iran unconditionally. Turkey has enforced United Nations sanctions against Iran, but given Ankara’s close energy ties to Tehran, may be reluctant to undertake the harshest measures against Iran,” Rand stated.