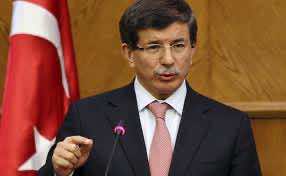 Speaking at a press conference, Davutoglu said “All information at hand suggest opposition do not have such sophisticated weapons. We believe Assad regime is responsible of chemical attack undoubtedly.”

“Syrian regime is responsible of chemical attack in east Ghouta.”

Stating that some circles tried to accuse Turkey of calling for war in Syria, Davutoglu said Turkey from the beginning was calling on the international community for an effective response.

“For us, the main issue is Turkish public’s security (regarding intervention against Syria),” Davutoglu added.

Tears rolling down the eyes of politicians: some are sweet, others are sour