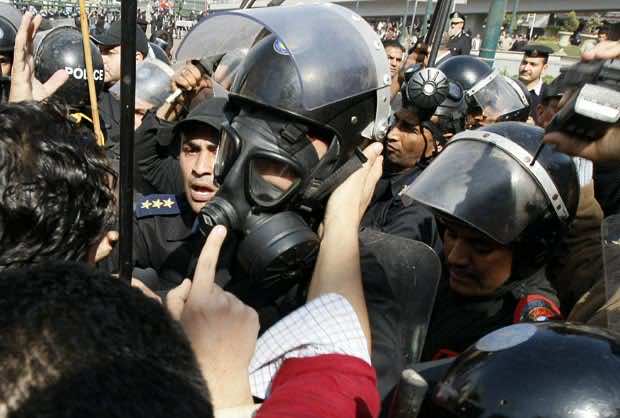 They were freelancing for the channel when they were arrested. The detained men do not appear to have had press accreditation at a time when authorities have made it increasingly difficult for visiting journalists to obtain permits.

On Thursday, Al-Jazeera called on Egypt to release the trio. A statement added that “there has also been a campaign against Al-Jazeera, in particular, as the channel’s offices were raided last month and security forces seized equipment which has yet to be returned.” Egyptian authorities and media have accused Al-Jazeera of biased reporting on the popularly backed coup that toppled Islamist president Mohamed Morsi on July 3 and on its bloody aftermath.

The government has levelled similar accusations against other foreign media. Police have also detained a correspondent for Al-Jazeera’s Arabic channel, Abdullah al-Shami, and Mohamed Badr, a cameraman for its Egyptian affiliate, for more than a month.

A ministry statement said the channel was “operating without any licences.” But the head of the channel, Ayman Gadallah, told AFP on Thursday it had received a permit to operate. State media reported earlier this week that the government called for closing down the channel, which had already relocated much of its operations to Qatar.