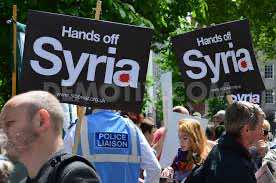 “We are expecting an attack at any moment. We are ready to retaliate at any moment,” said the security official, who wished to remain anonymous.

US President Barack Obama on Friday gave his clearest indication yet that an attack was imminent after his intelligence experts concluded Syria’s regime had unleashed poison gas on civilians.