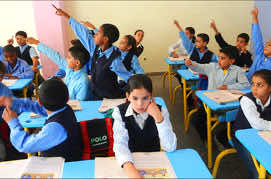 A big debate about Morocco’s education system marks the start of the new school year.

Nearly seven million students will return to classes starting next week amidst criticisms from King Mohammed VI about the quality of their education.

“The current situation of the education and training sector calls for us to stop and search our consciences objectively to assess what has been achieved and identify the existing weaknesses and failings,” the monarch said on August 20th.

He underlined that the sector was experiencing a number of difficulties and problems due in particular to the adoption of syllabuses and courses that do not meet the needs of the labour market.

Many experts agreed with the king and raised the alarm, calling for large-scale consultations in order to promote education in Morocco so that it can act as a true economic and social lever.

Former Education Minister Ismail Alaoui said reforms should take public opinion into account. To his view, a law governing education and training has been needed for at least ten years.

“Patience is vital,” Alaoui said, adding that the effects of education and training always take time to become noticeable.

Criticism of the public education system is not new, he noted, pointing to the fact that parents – even those with limited means – strive to enrol their children in private schools.

“State schools are bankrupt even though the state is investing huge amounts of money. It is time to move from the stage of criticism to the stage of action, otherwise Morocco will not achieve the desired level of development and its young people will continue to suffer from the scourge of unemployment,” he said.

Parents hope things will soon be fixed in the sector.

“The diagnosis which has been made of the public education system is accurate and calls for concrete action to be taken,” said Sara Chennafi, a mother of three children.

Like many other parents, Chennafi decided to send her children to a private school despite the financial pressure..

“The school fees for my three children come to 4,500 dirhams per month, not including travel and food, and that’s half of our monthly income. But I have no choice, their future is at stake,” she added.

The higher education sector has not escaped criticism either. With the exception of the “grandes écoles”, which have a limited number of places, universities leave a lot to be desired.

“The university curriculum must be adapted to the realities of the job market,” Bekkali said. What graduates learn does not meet the needs of the labour market, he said.

As a result of the current situation, many young university graduates have opted to undergo further training in order to avoid being unemployed. One of them, Halima Sendani, is currently studying business management after having gained a degree in economics.

“It’s almost impossible to find a job with just my degree on its own. So I didn’t hesitate to pursue vocational training which is in line with my university studies in the hope of being able to offer what employers require,” she said.