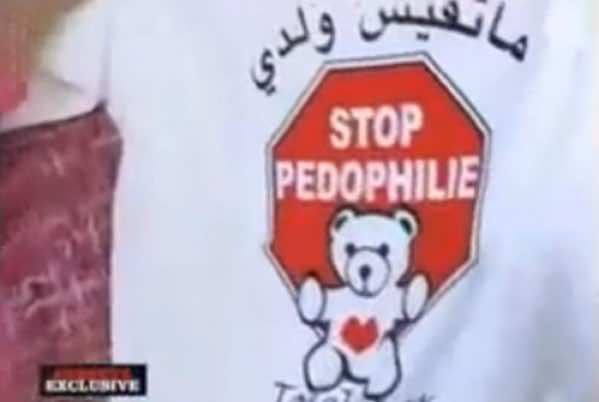 Many Moroccans have expressed on social media their outrage at the amnesty granted to a Spanish citizen named Daniel Fino Galván who allegedly appeared in a list of 48 Spanish prisoners who benefited from a royal pardon on the occasion of the 14th anniversary of the Throne Day.

Daniel Fino Galván was sentenced in 2011 to 30 years in prison for sexual assault of 11 minors in Kenitra, Morocco. He was convicted of raping and filming children aged between 4 and 15. Morocco’s North Observatory of Human Rights denounced the granting of amnesty to a person convicted in case of sexual abuse of children, declaring its absolute solidarity with the families of the victims.

As a reaction to this alleged amnesty, a number of Moroccans called for a Friday rally in front of the Parliament in Rabat.

“We release sexual perverts and sentence a man for three months for having smoking a cigarette in broad daylight in Ramadan, Zineb Bourkadi Idrissi, project manager in Paris, told MWN.

“If it’s true and confirmed, what happened is so shocking and shows that the ones who let the pedophile go have no respect to Moroccans and to their honor. As a Moroccan I ashamed and sad to hear that a criminal has been set free and allowed to leave the country. I condemn his release,” Amine Moutaouassit, from Settat, 100 Km south of Casablanca, told MWN.

A petition entitled “No to pardon for the Spanish Daniel, rapist of Moroccan children” was launched on social media denouncing such a decision.

According to MAP, King Juan Carlos I of Spain deeply thanked King Mohammed VI for the pardon he granted to 48 Spanish convicts serving prison sentences in Morocco. For the time being, the government made no comment in this regard.

“I don’t think King Mohammed VI was aware of the crimes committed by the Spanish Daniel, Khalid Jamai, political analyst and former member of the executive committee of the Independence Party, was quoted as saying by the news website Febrayer.com.

“King Mohammed VI is known for his defense of the right of the child and he closely follows the work done by his sister, Princess Lala Meryem, at Observatory of the Child,” he added.

Jamai stressed the need that Minister of Justice and Freedoms, Mustapha Ramid, open an investigation on the subject to determine the persons who were behind the inclusion of a child rapist in the list covered by the royal pardon.,

For his part, Youssef Jajili, editor-in-chief of weekly magazine Al-An, said that Moroccan people are waiting for an explanation regarding this decision.

“Moroccans unanimously condemn the amnesty granted to the Spanish pedophile who raped 11 Moroccan children. Three names are called upon today to provide explanations to the Moroccan people: Abdelhak Mariani, the spokesman for the Royal Palace, Abdelilah Benkirane, head of the government, and Mustafa Ramid, Minister of Justice and freedoms. Moroccans are waiting for clarification on this decision.”