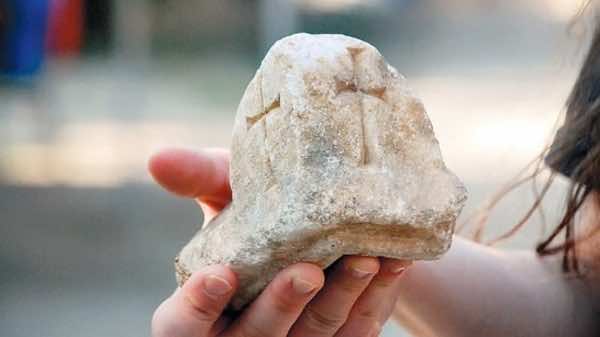 A piece of stone with crosses carved on it was unearthed in a church in Turkey may have belonged to Jesus, Hurriyet Daily News website reported on Thursday.

“We have found a holy thing in a chest. It is a piece of a cross, and we think it was [part of the cross on which Jesus was crucified]. This stone chest is very important to us. It has a history and is the most important artifact we have unearthed so far,” Hurriyet Daily quoted head of the excavation team, Professor Gülgün Köro?lu, as saying.

The excavation continues at Balatlar Church, which was built in A.D. 660 by the Byzantines, in the northern Turkish province of Sinop.

She added: “I hope this year will be a very fruitful working season for us. We have learned many things during the excavation that we did not previously know.”

The excavation at the church started since 2009.