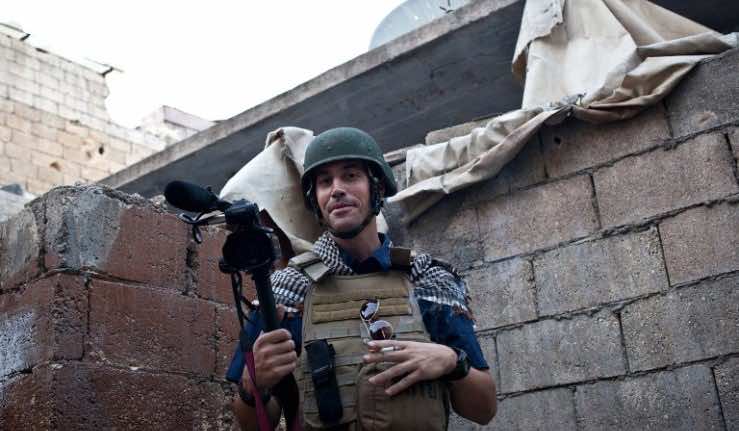 Reporters without Borders call for the immediate and unconditional release of Polish photojournalist, Marcin Suder, who was kidnapped by a dozen masked gunmen at around 11 a.m. on Tuesday in “Saraqeb”, in the northwestern province of Idlib. Unfortunately, this tragedy does not seem close to ending.

France says that two French journalists who were kidnapped in Syria last month are alive, but that one of six French hostages in Mali is likely dead — as the al-Qaida-linked captors have said. Even the Syrian opposition reporters are under extreme threat from these groups, whom widely spread all over the north of Syria On Thursday, a group of armed men raided Orient News’ office in the rebel-controlled countryside north of Aleppo.

The station’s head of news reporters, said that he does not know who kidnapped the journalists or why. These violations against the press are the experience of just few journalists from only one TV station. It all happened in the matter of a one-month period, in which too many journalists from many different outlets have been killed, injured, and abducted.

The challenges that come with documenting all these violations are immense, but not as immense as the challenges of reporting from Syria in the first place. And yet, journalists from all sides continue to risk these challenges at immense personal risk. Another journalist, James Foley, has been missing in the northern province of Syria for 8 months now. Foley’s family launched a website to solicit tips and information, but there has been no news about him.

Foley is a freelance reporter that was covering the country’s civil war for Global Post and Agency France-Press (AFP), and failed to show up for a rendezvous with a colleague on Thanksgiving Day. That colleague later learned that while en route, Foley had been pulled from the car he was traveling in and was abducted at gunpoint.

Amnesty has recorded at least 17 incidents where armed opposition groups have deliberately targeted journalists and media workers – including deliberate attacks on buildings where they work – because they’ve been perceived as allied to the Syrian authorities or have produced pro-government reports.

President Francois Holland said later on French TV, “we’re doing everything to find where they are, to know exactly the intentions of their captors.” Government or opposition forces have killed at least 37 journalists, and 60 citizen-journalists since the start of the conflict in March 2011. Journalists are targeted, kidnapped, and killed by all sides in the conflict.