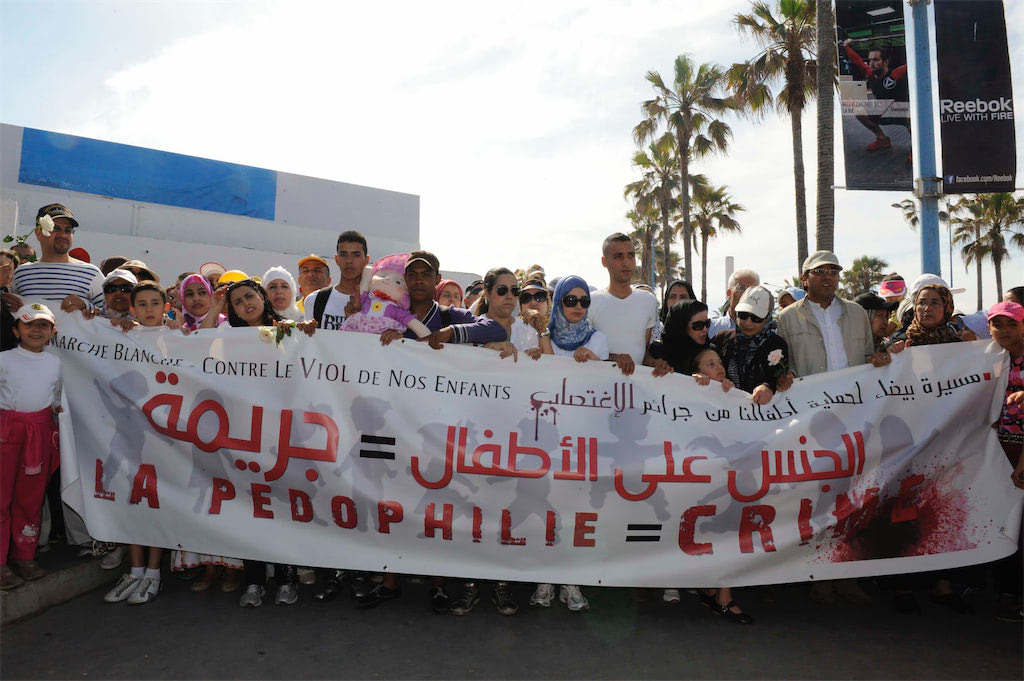 Perhaps no other decision taken by the king Mohammed VI has stirred such a controversy in Morocco as his latest amnesty for 48 Spanish prisoners among whom was a pedophile sentenced to 30 years of imprisonment for raping eleven children in the city of Kenitra.

The power of granting amnesty is legal and institutional for the King as is the case with other head of states. But the King is the person who determines the persons to benefit from amnesty. All what he does is approving the list submitted to him by the competent authorities in charge of selecting beneficiaries based on a set of criteria.

The US president Abraham Linclon, for example, offered a series of amnesties without congressional assent to Union deserters during the American civil war. However, granting amnesty to a child rapist disregarding the psychological damage he caused to the victims and their families would seem ‘a scandal’ to many commentators.

A group of activists launched a call on Facebook for a sit-in in Rabat on Friday, August 2 at 10:00 p.m. in front of the parliament to exert pressure for the “independence of the judiciary and the cancellation of the amnesty act.”  18,775 people confirmed their participation in the sit-in on the Facebook page of the event and 3,185 said they may participate.

Reactions following the king’s pardon of the Spanish pedophile continue to reflect different views regarding the king’s decision.

In a statement to Agence France Press, Musatpha Ramid, the Minister of Justice and Liberties,  evaded to comment on the amnesty act saying: “I have no comment on the matter, and the amnesty decision was taken in the context of the relationship between the two kings. I consider that I am not qualified to comment on such a decision which is implemented by the administration. This person will be deported and banned from entering Morocco in the future.”

In her comment on the amnesty for the Spanish pedophile, Najat Anwar, the president of the association ‘Don’t Touch my Son,’ said that “it’s the king who decides who deserves his amnesty;” a statement that is strongly criticized and considered worse than the act of rape itself.

Amina Mounib, the Secretary General of the Unified Socialist Party, denounced in a statement to Hespress the act of amnesty and considered it a “humiliation” to all Moroccans stressing that “it’s high time to cancel the royal amnesty because it’s outside the constitution and above all laws.”

Amina Mounib considered that nothing would guarantee dignity for Moroccans but the independence of the judiciary and a parliamentary monarchy.

In its turn, the North Observatory for Human Rights strongly denounced granting a person convicted in a case of sexual abuse of children a “royal pardon,” declaring its absolute solidarity with the children victims of the Spanish pedophile Daniel Galván Fino.

In a statement of repudiation, the Observatory considered the act of granting amnesty to a child rapist by the king as “a directive to the authority of the judiciary and a direct influence on it.”