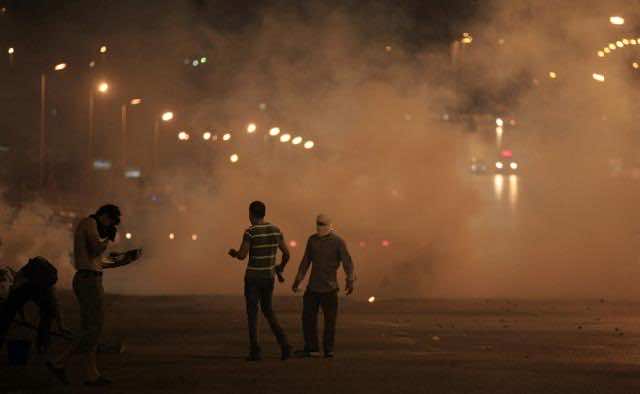 “Police have fired tear gas to disperse Morsi’s supporters after they tried to storm the Media Production City,” where satellite television channels are based, the official told AFP.

Supporters of Morsi and his Muslim Brotherhood had rallied outside the Media City in the 6th October suburb, angry at what they say is the channels’ backing of the July 3 military coup that ousted Morsi.

“The Egyptian police forces have fired gas bombs on the anti-coup peaceful protesters as soon as they arrived at the Media Production City,” said the Freedom and Justice Party, the Brotherhood’s political arm.

The Media City rally is miles away from the two main pro-Morsi sit-ins in Cairo that police want lifted.

On Thursday, the interior ministry called on those in Rabaa al-Adawiya and Nahda Squares “to let reason and the national interest prevail, and to quicky leave,” it said in a statement, a day after the government ordered police to end the protests.