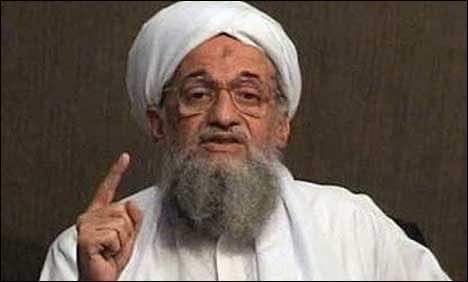 Al-Qaeda chief Ayman al-Zawahiri accused the US of “plotting” with the Egyptian military, secularists and Christians to overthrow Egypt’s Islamist president Mohamed Morsi, in an audio recording posted on militant Islamist forums.

Speaking of the July 3 military coup, Zawahiri, himself an Egyptian, said: “Crusaders and secularists and the Americanised army have converged … with Gulf money and American plotting to topple Mohamed Morsi’s government.”