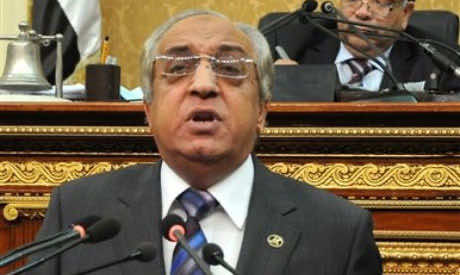 Egypt’s interior ministry Saturday repeated its call for supporters of ousted Islamist president Mohamed Morsi to end their sit-ins, saying that would allow the Muslim Brotherhood to return to politics.

The ministry, in a televised statement, called on protesters in Cairo’s Rabaa al-Adawiya and Nahda squares to return to their homes and work.

It warned that protesters’ “continued presence will expose them to legal action over their involvement in several criminal acts by some in the gatherings, including killing, torture, kidnap, carrying weapons… and incitement to violence.”

The ministry accused protest leaders of trying to “control the mind” of the protesters by providing only selective information from podiums and cutting them off from the outside world.

“Dear citizen in Rabaa al-Adawiya and Nahda, the ministry urges you to try to find out the views of the political and revolutionary forces, the goverment, civil society and the international community over the illegal practices taking place in (your) gatherings,” it said.

“If you think you are defending legitimacy, (know that) legitimacy and sovereignty comes from the people,” it said.

It was the second time the interior ministry has urged protesters to go home.

Morsi supporters have vowed to continue fighting for his reinstatement after he was removed from office by the military in a popularly backed coup.