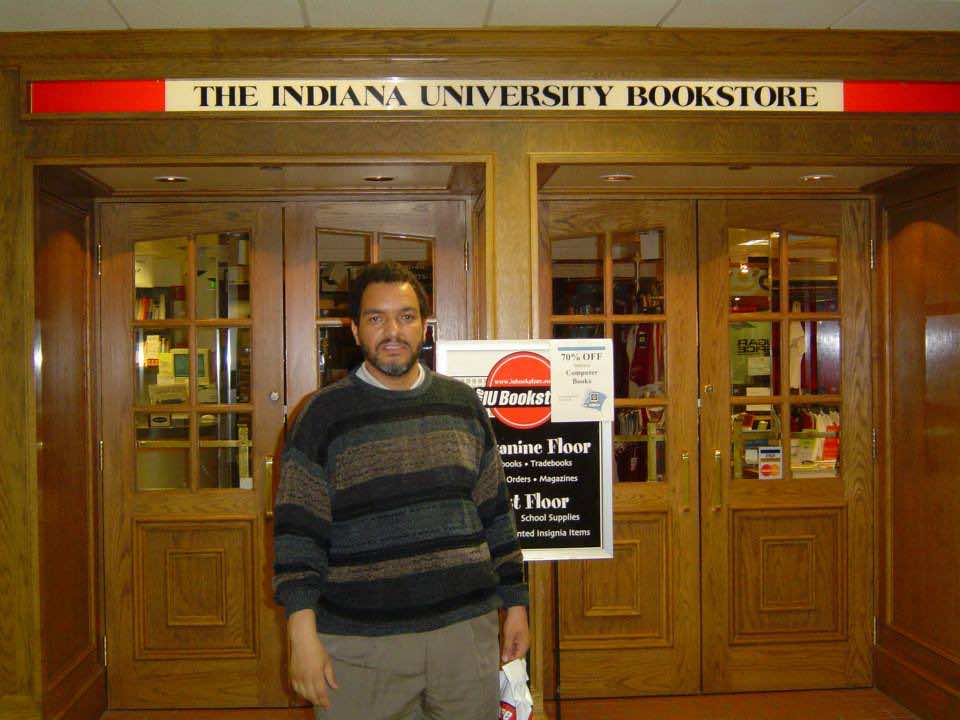 The sky was cloudy and drops of rain started falling as we reached Bloomington, Indiana. Earlier, I had expressed to my hosts a wish to visit as many universities and museums as they would be willing and ready to visit with me. So, there we were in Bloomington, but not very many students showed up. It was a holiday and only visitors seemed to fill the city.

You could tell because they walked in groups and traveled in the same buses. You could not help but love this city. It was very calm, clean and having a relaxed and relaxing atmosphere of its own. I was very interested in Educational psychology and Linguistics so I went into the Indiana University bookstore and managed to secure for myself some interesting Linguistics books. I did not, however, manage to find any Educational psychology related books. I had hoped that in a university bookstore I would find types of books I could not find in Borders or similar stores back in Greenwood.

The linguistics books were titles I had been looking for quite some time. So I would not say that I was not fortunate. Afterwards, we had a tour round the campus and I was shown plenty of interesting places among which was the university library which, I was told, was called the trisket for a reason that was obvious for Americans but not so much so for foreigners.

Other interesting places I was shown were the university stadium, the basketball stadium, the Alumni center and the Art center. Among all places in Bloomington, I can remember Kirkwood Avenue more vividly for two reasons. One is because it had this place that attracted my attention and which was called ‘Samira’ a Moroccan as well as an Arab name and, two because it was the place where the ‘Malibu grill’ was (No publicity intended).

The Malibu Grill is an elegant and comfortable restaurant where one can have a good and tasty meal. It was there where we went after our campus visit for lunch. I cannot remember what we had for lunch but what I can easily recall was the entrée which was nothing but chicken wings with hot sauce. I have never had wings as entrée before and so this was quite a taste related experience for me. When we left that restaurant, it was late in the afternoon and the sun was timidly shining from behind the clouds.

I had a chance to take more photos, buy more souvenirs and then we started on our way back to Greenwood but this time round through the Hoosier forest and its “bony fingers that were scratching the sky”. A wonderful experience it was. It gave me a chance to discover more of the land of the Hoosiers, experience a new and tasty kind of American food and, above all, get a lot of food for thought to take back home with me.