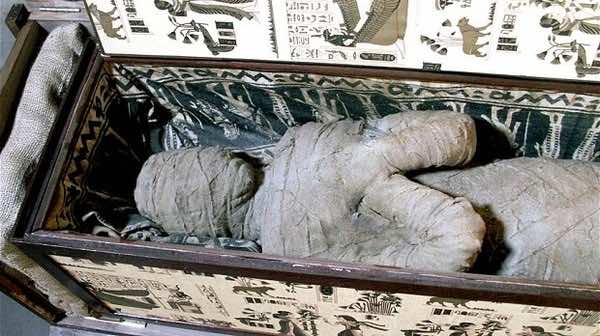 A 10-year-old German boy discovered what may be an ancient Egyptian mummy hidden in a corner of his grandmother’s attic, reported The Telegraph.

Alexander Kettler found the “mummy” inside a sarcophagus covered with hieroglyphics while searching around his grandmother’s flat in Diepholz, northern Germany.

It was unclear if the item was a genuine relic from ancient Egypt. However, Alexander’s father. Lutz Wolfgang Kettler, believes it could be real.

He told Bild newspaper that his own father had acquired “a chest while travelling in north Africa in the 1950s” and had it transported back to Germany, according to The Telegraph.

Kettler said that the mysterious find will be taken to Berlin for an X-ray, adding that the “mummy” has been lying up in the attic for more than 40 years.