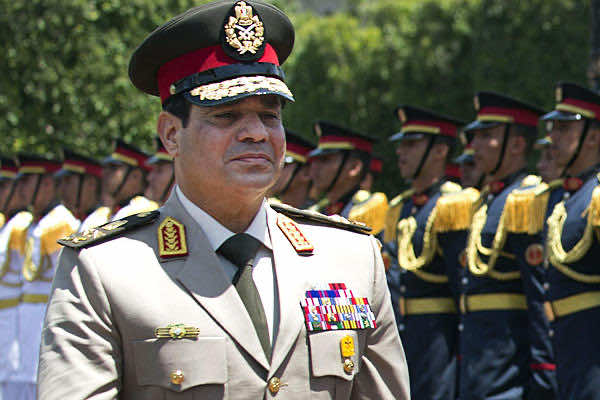 General Abdel Fattah al-Sisi “met several representatives of the Islamist movements … and stressed that there are opportunities for a peaceful solution to the crisis provided all sides reject violence,” army spokesman Colonel Ahmed Aly said in a statement.

A military source close to the talks told AFP six prominent political and spiritual leaders had attended the meeting with Sisi, but no members of Morsi’s Muslim Brotherhood were present.

Morsi loyalists have been holding two major sit-ins for more than a month, paralysing parts of the capital and deepening divisions.

Authorities have repeatedly called on them to go home, promising them a safe exit.

But supporters of Morsi — Egypt’s first freely elected president — see his July 3 ouster by the military as a violation of democracy and have insisted that nothing short of his reinstatement will end their protests.

Among those who attended the talks with Sisi were influential Salafist clerics Sheikh Mohammed Hassan and Mohammed Abdel Salam, who just days ago was addressing pro-Morsi supporters from the stage at the Rabaa al-Adawiya sit-in.