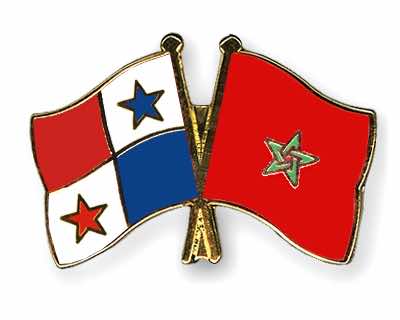 The former president of Panama Martin Torrijos once said that the person who encouraged General Omar Torrijos to support the Polisario Front, the movement that for four decades has sought the independence of the Western Sahara, was Spanish socialist leader Felipe Gonzalez.

General Torrijos, who governed Panama from 1968 to 1981, established relations with the Polisario in 1979 and permitted it to open its first representative office in Latin America. It was a decision that was taken somewhat amid romanticism, in an era of revolutionary struggles and guerilla movements. But when Gonzalez assumed leadership of the government of Spain (1982 – 1996), he broke ties with the Polisario.

General Torrijos, on the contrary, continued giving his support to the independence movement. Some governments acted with pragmatism and political realism and others compromised with a cause that had been absorbed by the Cold War that served the interests of Algeria, with strong implications on the security of states that made up the Sahel and the future of the Maghreb.

After the fall of Panama’s military regimes, the president at the time Ernesto Perez Balladores, who came from the party created by General Torrijos, established in 1997 diplomatic relations with the Kingdom of Morocco.

More than a decade later, despite the legacy of his father and the ups and downs in the relationships of previous Panamanian governments with the Polisario, former president Martin Torrijos decided to cool relations with the independence movement and for 18 months refused to accept a new representative from the Polisario into Panama.

This position varied and was inconsistent. Two weeks before the assumption of the presidency by current President Ricardo Martinelli, Torrijos accepted the new envoy of the Polisario into Panama. It was a negative inheritance from the point of view of the national interests of the Panamanian state.

At the end of 2007, former president Torrijos had supported Morocco’s aspirations to convert the port city of Tangier into the base of the 2012 World Fair, under conditions in which it competed with the cities of Wroclav, Poland and  Yeosu, South Korea. Ultimately, Yeosu was awarded with the headquarters.

During the administration of President Martinelli, whose term will end in July 2014, there have been noticeable approaches towards Rabat. In recent months, concrete steps have been taken with a view towards consolidating this relationship under the criteria that has long formed Panama’s history as being part of the solution to conflicts and sensitive to situations that compromise international peace and security.

As an inheritance of previous administrations, Panama’s relations with the Polisario have not been an obstacle for the current government to explore alternative areas of common interest with Morocco.

At the center of these are the political and democratic achievements made by Rabat that represent an example for Arab countries. From here, stems Panama’s interest to forge bilateral agreements in areas of agriculture, trade, shipping and the fight against terrorism.

Panama’s position is that a solution for the conflict in Western Sahara is required urgently from the international community, because the unsustainable situation in the territory represents a threat for neighboring countries and compromises the future well-being of its inhabitants. For the Panamanian government, Morocco’s conflict is not with the Polisario but with Algeria. At its roots, it is a matter of a fabricated conflict, as a result of the Cold War and the hegemonic aspirations of Algeria in North Africa.

The Panamanian government has been consistent in supporting the negotiation process that is led by the United Nations, with proper respect for Moroccan territorial integrity. Panama, furthermore, considers that the Autonomy Plan for Western Sahara proposed by King Mohammed VI to the Security Council in April 2007, is an initiative that deserves to be addressed by the parties with openness, pragmatism and realism in order to remove the conflict from its current deadlocked status.

There are those in Panama who believe that it is necessary to revise, in accordance with principles of international law, the criteria that enables the country to maintain its relations with the Polisario. This has to do with motivations of reflecting a global collective understanding for the rank of sovereign state, which the independence movement has long sought.

Various Latin American countries, the majority of which do not recognize the Polisario, have analyzed the case and have concluded that to be considered as a sovereign state, within the concepts of international law, it is necessary to have effective control over its territory and population, and possess its own completely independent government. These are not elements represented in the de facto state as constituted by the Polisario within Algerian territory.

More recently, the Panamanian government announced that at the start of next year that it will open an embassy in Rabat, with the purposes of promoting trade, reciprocal investment and strengthening diplomatic and political ties. Morocco, ultimately, represents a natural port for Panama in North Africa due to its democratic, social and economic advances, and because there is complementarity in diverse fields that will, without doubt, reverberate in mutual benefit.

Demetrio Olaciregui is a Panamanian journalist