When a Tunisian fruit seller in the tiny city of Sidi Bouzid set fire to himself as a protest against confiscating his fruit-cart and the ensuing ill-treatment he was victim of at the police station, he surely hadn’t thought he would set the whole region ablaze, besides his body.

Mohamed Bouazizi’s self immolation could have been a minor incident that not so many people would have heard or done anything about especially under a dictatorship like that of Zine Al Abidin Benali. Instead, the incident surprisingly took local, national and then international dimensions and soon became a trigger of popular demonstrations against dictatorship and injustice in the whole Arab region.

The French word “Dégage”, with which Bouazizi was met at the police station, a slap in the face, became a slogan that Tunisian people brandished before the dictator. After days of protest the unthinkable happened: “Benali hrab” (Ben Ali fled away) as the Tunisian lawyer Abdenacer Laaouini was shouting in empty streets in the middle of the night in that famous YouTube video.

Encouraged by events in Tunisia, Egyptians took to the streets shouting “Irhal” (leave) to Mubarak; and so he did, after clinging as much as possible to power. It was the fall of another tyrant. It was another victory for the Arab Spring.

When Libya, Syria, Bahrain and Morocco followed in the same line of protests even though “the fall of the regime” wasn’t a unanimous demand, but rather aspirations for more freedoms and justice, things went differently.

The degree of repression by which protesters’ demands were met in Libya and Syria drove them to take up arms against the regimes. In Bahrain, Gulf countries intervened to make sure the regime would not be overthrown by the Shiite majority, and in Morocco King Mohamed VI promised reforms and a new constitution but delivered less than what he said he would.

After several months of armed struggle, the Gaddafi regime fell after NATO backed up the rebellion with air-strikes; such help it has denied to the Syrians fighting Al Assad forces for more than two years now.

Despite all the blood and turmoil the region went through, the Arab Spring created so much enthusiasm in the media and among Arab intellectuals, bringing a belief that the region has finally waken up from its long lethargy.

Holding fair and free elections, for the first time in Arabic history, which saw Islamist parties come to power was an indicator Arabs were moving on the right path of democracy. Unfortunately, this was a deceiving observation.

While events continued escalating in Syria, leading to a civil war, things were not better in other countries. Islamists demonstrated a huge failure in running the state affairs in Tunisia, Egypt and Morocco, coupled with a resistance by “the old guard” to concede power they didn’t let go of despite the expectations of change people aspired that the Arab Spring would ensure.

In Libya the political elite have so far failed to establish strong state institutions that were already weak during the time of Gaddafi. Armed militias’ intervention in politics contributed to further blocking the country’s shift towards a democratic process.

The situation worsened in Egypt after the army deposed elected president Mohamed Morsi and went even further in repressing any forms of anti-coup resistance by killing, arresting and silencing its opponents. Hundreds of people were killed, injured and jailed during the army’s crackdown, sponsored by anti-Arab Spring Gulf states. Sadly, surely among the victims was the democratic transition in Egypt.

Tunisia found itself in a stalemate because the governing coalition and the opposition are failing to reach a consensus. Opposition forces are blaming the government for all the country’s problems and calling for its resignation. The latter is ready for dialogue and some concessions, but not to relinquish a power it sees was deservedly earned through the popular vote. In absence of agreement, deadlock prevails.

The country, that was the cradle of the Arab Spring and the place that offered a gleam of hope after this Spring started to turn to a gloomy fall, is now struggling hard too to escape a dark scenario like its neighboring counterparts.

In Morocco the Justice and Development Party (PJD) is facing hard times in which it has been unable to maintain its governmental majority after the Istiqlal Party withdrew; a maneuver some believe was orchestrated by the royal palace.

During more than a year and a half in government, the PJD is clearly failing to deliver what it promised Moroccans during the 2011 electoral campaign. What is more alarming is that many observers warn that the Islamist party’s failure won’t damage its popularity alone, but is risking to put the country’s future at stake.

Among all these turmoils, the one in Syria is by far the worst. The Al Assad regime is holding firmly to power, and the civilian opposition living abroad, even in case the regime falls, doesn’t seem to represent a viable alternative. The armed one is much more heterogeneous, in which radical factions have become a key part and a source of trouble and worry to both the country’s present and future.

In the first months of the Arab Spring expectations were so high and enthusiasm so great about this being the turning point in the region’s modern history. Surely the deviation it has taken has left many disappointed. Others still do believe in it. The question is: for how long? 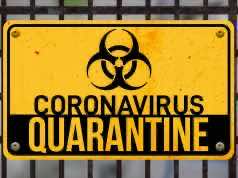