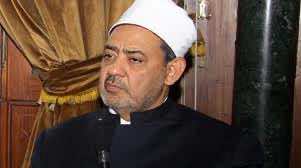 Al-Azhar in Cairo, Sunni Islam’s highest authority, on Sunday declared its firm opposition to any US strikes on Syria, saying this would amount to “an aggression against the Arab and Islamic nation”.

The institution in a statement “expressed its categorical rejection and condemnation of the decision by the American President (Barack Obama) to launch military strikes on Syria,” to punish president Bashar al-Assad’s regime for an alleged chemical weapons attack near Damascus last month that left hundreds dead.

To general surprise, the US leader on Saturday announced that he would seek approval from Congress for action against Syria, effectively pushing military action back until September 9 at the earliest.

But the Obama administration remains committed to military action, with at least five US warships armed with cruise missiles having converged on the eastern Mediterranean ready to launch precision strikes.

Al-Azhar said such strikes would amount to “an aggression against the Arab and Islamic nation… which endangers peace and international security.”

The Islamic institution insisted on “the right of the Syrian people to decide their destiny and their government for themselves in all freedom and transparency,” while condemning the “recourse to chemical weapons, whoever it was that used them.”

The Assad regime has denied responsibility for the incident.

The Arab League, which is due to meet at 1600 GMT in Cairo to discuss Syria, is expected to condemn Assad.