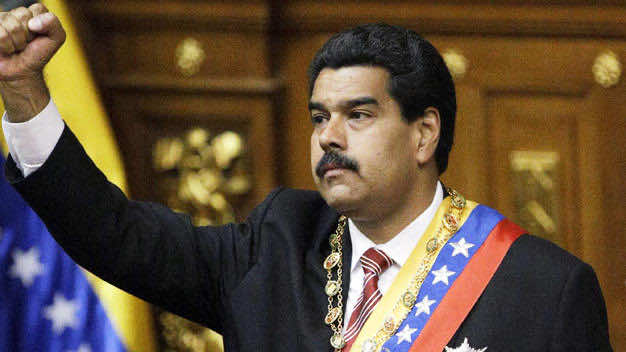 By
youssef sourgo
-
Youssef Sourgo is currently a Master’s student in Linguistic and Literary studies at Ain Chok Faculty of Letters and Humanities.
Sep 2, 2013
Spread the love

Casablanca- On Saturday, Venezuelan President Nicolas Maduro condemned Obama’s decision to intervene militarily in Syria, particularly denouncing the U.S. President’s use  of the U.S. Congress as “his personal world court.”

After holding the Syrian regime accountable for using chemical weapons that took the lives of hundreds of civilians in Syria, U.S. President Barack Obama made a decision to intervene militarily in Syria, stirring international controversy.

Many nations questioned the legitimacy of such an intervention, claiming that the Syrian turmoil can only be solved through diplomatic channels.

“If multilateral bodies and the international system are disregarded like this, what lies ahead of us in this world is war, is destruction,” Maduro was quoted as saying by Presstv.

Barack Obama recently made up his mind on intervening militarily in Syria. But the head of the executive branch of U.S. government decided to request congressional approval before taking any military action.

According to the same source, Nicolas Maduro condemned Obama’s statement because it meant he would be bypassing the United Nations’ authority over such matters and consequently  turning  the U.S. Congress as an international court that determines the destiny of other nations.

Recent meetings among international representatives at U.N. headquarters did not lead to any solutions, given the clear dissonance among nations about military intervention in Syria.

By deciding to take military action against the Syrian government, Obama is, according to some international leaders like the Venezuelan President, disregarding the U.N.’s role in the Syrian crisis.